Right now, even as I write this, the continent of Australia is embroiled in a huge fight over marriage equality. While monitoring this debate, I am noticing an uneasy similarity between the arguments made by those who didn't want marriage equality here in America and the opposition to it in Australia.

You have the same disgusting claims about how marriage equality coming to Australia will harm children: 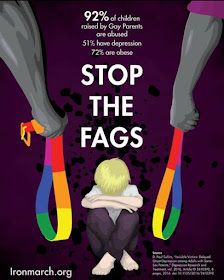 Which we had to deal with:

And the same nonsensical arguments we had to deal with (how many of these do you remember):

.@kevinandrewsmp: I have a relationship with my cycling mates, but the law has no place in that relationship https://t.co/3nKBUCzjYS pic.twitter.com/KusSCp7232
— Sky News Australia (@SkyNewsAust) August 14, 2017

.@kevinandrewsmp: Once you change the definition from a man and a woman, any set of arrangements can be put in place https://t.co/3nKBUCzjYS pic.twitter.com/IAWGkJHFEP
— Sky News Australia (@SkyNewsAust) August 13, 2017


And of course let's not omit the downright insane:

It's not so easy in Australia. As  I understand it, they have a different system and will have a voluntary postal survey on the issue.

What that means is we need to pray for Australia because the continent will be in for all sorts of crazy mess geared to scare people about marriage equality.

Don't be surprised if a conspiracy theory about aliens takes center stage.