Mark Sanford charged with 37 ethics violations. Where the heck are the tea partiers! 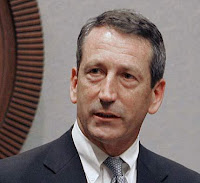 The situation with my state's governor, Mark Sanford, continues to get more interesting:

The S.C. Ethics Commission has charged S.C. Gov. Mark Sanford with 37 counts of breaking state ethics laws. The commission filed its charges last week but only released them Monday.

Those charges allege that, in 18 instances, Sanford authorized, approved or allowed the purchase of business-class airfare so that he could travel to and within the continents of Europe, Asia and South America.

Four of the flights cited involved a 2008 state Commerce Department trip to Brazil that Sanford extended to Argentina so that the married, two-term Republican governor could see his Argentine lover.

. . .  The charges also allege that on 10 occasions Sanford took money from his campaign account and spent it in violation of state ethics law.

Sanford took a total of $2,940.68 from his campaign account and spent it improperly, the commission alleges.


Sanford may actually remain governor even after all of this. I certainly wouldn't be surprised if he did. But he won't come out of it smelling like a rose..

If anything, the situation with Sanford just proves the basic emptiness of the tea party movement.

If the teabaggers are all about being upset over government waste, then why haven't any of them in South Carolina said a word about this controversy which has been brewing for several months?

Posted by BlackTsunami at 3:12 PM No comments: Links to this post

How many fundie parents passed out when Adam Lambert did this on the American Music Awards? - Adam! You naughty boy! Grip the head, never mess up the hair!

Nurses apologize to woman who couldn't visit dying partner - A little too late but I suppose it's nice. It reminds me of the ending of  the miniseries Three Sovereigns for Sarah when the court ruled that Sarah and her sisters (victims of the Salem Witchcraft Trials) were unjustly accused of being witches. The court gave her three sovereigns - one for her and one for each of her sisters who had been hanged. A lot good that did!

Posted by BlackTsunami at 9:12 AM 2 comments: Links to this post 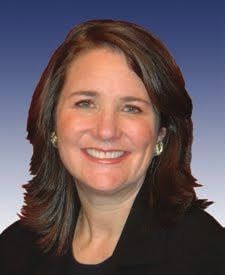 A story that seems to be under the headlights but very appropriate involves how  the Family Research Council got caught inaccurately accusing a Congresswoman of being a  religious bigot.

The entire story is here in Faith In Public Life:

. . .  the Family Research Council sent out a press release with the headline "FRC Calls On President Obama, Speaker Pelosi, and Senator Reid to Repudiate Diana DeGette's Religious Bigotry," which stated

Family Research Council President Tony Perkins today called on President Obama and Congressional leaders to repudiate comments made by U.S. Rep. Diana DeGette (D-CO) to The Hill's Michael O'Brien that "religiously-affiliated groups...should be shut out of the process" in the health care debate because of their support for the Stupak/Pitts amendment. She told The Hill, "Last I heard, we had separation of church and state in this country," she said. "I've got to say that I think the Catholic bishops and all of the other groups shouldn't have input."

Faith in Public Life refutes this:

1) ) Congresswoman DeGette's remarks didn't come from an interview with The Hill's Michael O'Brien. Rather, they came from O'Brien's report about DeGette's appearance on ABC News's "Top Line" broadcast today.

2) In that Top Line appearance, Congresswoman DeGette said religious groups should have input in the debate.

The webpage Tracking American Evangelicals adds more context to FRC's deception by juxtaposing the organization's truncation of Congresswoman DeGette's comments to what she actually said:

Congresswoman DeGette's comments - “I gotta tell you, last I heard we had separation of church and state. I don’t think the Catholic bishops are in charge of writing our healthcare bill. I think that they are one of many groups that we should listen to, but in the end they should be concerned that 36 million more people in this country will get healthcare. Many of them are their parishioners.”