This may not be LGBTQ-oriented per se, but then again maybe it is.

This video of a Trump supporter insisting that Jim Carrey is masquerading as President Joe Biden would be hilarious except for two things - this is the type of element Republicans across the country are speaking to as they push these awful anti-transgender and 'Don't Say Gay' bills state by state. And she votes.

Just something to keep in mind.

Talked to people at the Trump rally who believe Joe Biden is currently being played by multiple actors. pic.twitter.com/pLxlnj1jen

'Gay Republicans supported anti-LGBTQ legislation. Now they're upset at how bad it is' & other Tue midday news briefs 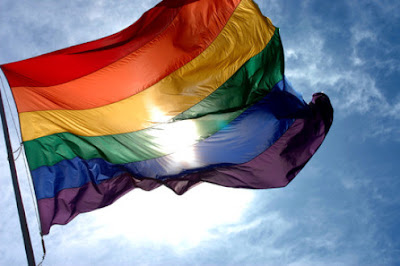 Gay Republicans supported anti-LGBTQ legislation. Now they’re surprised some of it is bad.​ - Surprise! Teasing rabid dogs will in fact cause them to bite you, oh rabid dog teasing party.
Kansas City area district bans teachers from having ‘safe space’ signs for LGBTQ kids - Awful but there is a wonderful silver lining. The decision is getting a LOT of pushback from angry parents, teachers and students.
College football star poised to become 1st NFL player with same-sex parents - Just don't tell any kids about them in Florida.
Doctor Strange 2 Banned in Saudi Arabia For Having a Lesbian Character - Talk about your spoilers.
Posted by BlackTsunami at 8:31 AM No comments: