'Scary' video demonstrates the consequences of gay marriage in America

Posted by BlackTsunami at 2:57 PM 2 comments:

Controversial pastor Scott Lively considers running for governor of Massachusetts - This hateful individual is part responsible for the hell Ugandan lgbts are going through right now. He isn't going to win should he choose to run, but still . . . DAMN!

Today in religious freedom: MN Catholic church denies confirmation to 17-year-old equality backer - I suppose some folks may find this appropriate but it is probably the main reason why Christianity is losing a lot of points in America.

Sharing the Stories of LGBT Youth: Izabela, 17, From Lincoln, Neb. - Let's end these news briefs on a positive note. Anytime our lgbt children can speak out and share their stories is positive.

Posted by BlackTsunami at 8:54 AM 2 comments: 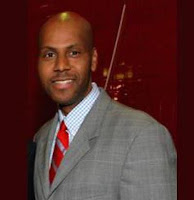 Obama makes history for both the African-American and gay communities:

The White House announced on Wednesday that President Obama has nominated Judge William Thomas, an out gay man, to serve on the United States District Court for the Southern District of Florida.

Thomas would be the first out LGBT black man to serve as a lifetime-tenured federal judge. In a statement, Obama noted the diversity of Thomas and six other nominees, saying, "They ... represent my continued commitment to ensure that the judiciary resembles the nation it serves." He added, "These individuals have demonstrated the talent, expertise, and fair-mindedness Americans expect and deserve from their judicial system. I am grateful for their willingness to serve and confident that they will apply the law with the utmost impartiality and integrity. Too many of our courtrooms stand empty. I hope the Senate will promptly consider all of my nominees and ensure justice for everyday Americans."


Yes this is a big #^@ deal, particularly to THIS black gay man and others who are like me because rarely do we see lgbt of color role models. It's not as if they aren't out there. It's just that very few folks focuses on them.

Certainly Mr. Thomas will not be seen as the "black gay judge" and Obama did not pick him because of those designations. However, in a world where gay black men have little visibility either sometimes by accident (by the gay community) or sometimes deliberately (by the African-American community), it's nice to see a spotlight on one of us who is successful.

And speaking of those of us who are successful:

Posted by BlackTsunami at 5:08 AM No comments: