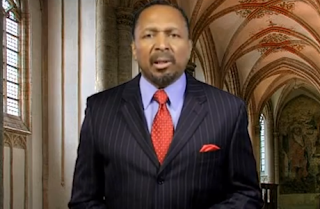 A bunch of religious right leaders will be assembling a press conference on Tuesday for something they call the Gone Too Far Movement.

Scott Lively, Peter LaBarbera, Stephen Broden, E.W. Jackson and other anti-LGBTQ activists have founded something called the Gone Too Far Movement and will be holding a press conference in Washington, D.C., next week to “challenge the attempt to hijack America’s Civil Rights laws with the pending Equality Act H.R. 2282 in Congress.”

Here are two things you should know:

1. The Equality Act HR 2282 they are railing against is a bill which would provide massive anti-discrimination protections for the LGBTQ community. That explains why these charlatans are so opposed to it. This is what they are claiming:

The GTFM (Gone2FarMovement) recognizes that the Equality Act H.R. 2282 is a dangerous, irresponsible, outlandish, morally perverse, and socially deleterious legislation. The Equality Act poses a direct threat to religious freedom and the dignity of Blacks and women by blending the immutability of sex and race with radical-LGBTQ theories, and H.R. 2282 aims to amend 59 existing federal laws and regulations. GTFM believes that H.R. 2282 if passed, will create a dangerous legal precedent creating social chaos and legal loopholes permitting reverse discrimination, and it has the potential to establish legal protections for previously illegal sexual practices and conduct. The GTFM will issue a Proclamation of Faith opposed to the Equality Act and call for the Congressional Black Caucus to resign. The Gone Too Far Movement is bi-partisan, interracial, interfaith, and a nationwide collection of Americans who want to protect and preserve faith, family, freedom, traditional values, and to counter the movement to legalize pedophilia.


2. And this is the funny part of it all - it's ironic that this group is specifically targeting the Congressional Black Caucus and claiming that the Equality Act would high jack the Civil Rights Movement, when one of its members, E.W. Jackson, is known for several eyebrowing raising and racist comments

E.W. Jackson: Electing Muslims to Congress Is ‘Just Beyond the Pale’

Seems to me that if you are starting a group implying that the LGBTQ community is racist, maybe it's not a good idea to be joining up with someone who has been accused of being an actual racist.
Posted by BlackTsunami at 4:33 PM No comments:

Transgender service members to attend State of the Union as guests - Wonderful. Let Trump stare these men and women in the face. They protect our freedoms, but he has the nerve to claim that they are unfit to serve. What a coward.

Federal judge says harmful conversion therapy is just ‘speech’ and shouldn’t be restricted - What kind of okie doke bullshit is this?

8 Inspiring Queer Black Icons You Should Know About- And if some of the names in this article are the same as in the above article, then good. You're less likely to forget who they are.
Posted by BlackTsunami at 9:05 AM No comments: