So while anti-lgbt hate group the Family Research Council is celebrating Neil Gorsuch becoming a SCOTUS judge, helping to cause all sorts of anti-transgender mayhem in Texas, and basically indulging in its usual attempts to make the lgbtq community second-class citizens under the guise of "religious liberty," one of its spokesman is going on a bizarre fact-free ramble about gays and witches populating DC.


Earlier this month, Family Research Council senior fellow Robert Maginnis appeared on SkyWatchTV to discuss “the occult influence on D.C. elites.” Maginnis warned that even the most well-intentioned people who go to Washington, D.C. to work in public service are susceptible to the evil forces that he said dominate the city, citing both witchcraft and homosexuality. “If you look around Washington, you have Dupont Circle, famous for being the center of homosexuality in Washington, you have all sorts of activities down there that are pretty souring,” he said. “You have a lot of witchcraft. You have a lot of hedonism. You have all the issues that—when I think of Sodom and Gomorrah, I often think of Washington, D.C. in the same thought.”

Hey Robert, isn't your organization (Family Research Council) situated in DC and "have a lot of power" in the Trump Administration? Just asking.
Posted by BlackTsunami at 5:19 PM No comments: 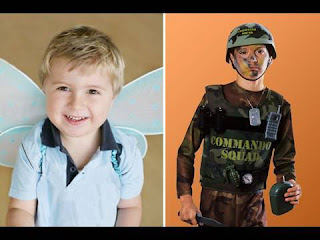 Twitter Hashtag Reveals Just How Damaging Expectations Of Masculinity Can Be - Interesting piece which resonated with me. There were and still are certain expectations of me as as male which are a drag. What am I? An uncaring, unfeeling commodity for someone's idea of bliss? Some uber masculine black "stud" reject from a 1970s blaxploitation movie?

Why Russia’s Persecution of its LGBT Community Matters - Wonderful piece which speaks directly to why we should all be concerned about the gay purge in Chechnya.

Alabama Governor urged to reject bill protecting anti-LGBT adoption agencies - We can only hope . . .
Posted by BlackTsunami at 9:18 AM 1 comment: