How many of you saw the conclusion of this story coming miles away?

Merritt Corrigan is a former Trump appointee who was fired this week from the U.S. Agency for International Development after it was discovered that she tweeted a bunch of inappropriate comments about LGBTQ people, women, refugees. At the time of her dismissal, Corrigan claimed that she was being persecuted because of her Christianity. She also said she would be holding a press conference on Thursday to expose "anti-Christian" bigotry.

As of now, that press conference is not going to happen. According to Raw Story:

Merritt Corrigan, the former deputy White House liaison to United States Agency for International Development who was fired this week for posting inflammatory anti-LGBT tweets, now says she was the victim of a scam by notoriously inept right-wing operative Jacob Wohl.

The Daily Beast’s Will Sommer reports that Corrigan is now claiming that Wohl and his associate Jack Burkman seized control of her phone and sent out tweets that attacked USAID for promoting LGBT rights abroad and that leveled baseless allegations of soliciting prostitutes against Rep. Eliot Engel (D-NY), who is the chairman of the House Foreign Relations Affairs Committee.

Corrigan, who is/was apparently dating Wohl, announced that she’d be appearing Thursday in front of Wohl associate Jack Burkman’s Northern Virginia house—a site that has previously hosted farcical attempts to smear Sens. Elizabeth Warren (D-MA) and Kamala Harris (D-CA) with lurid sexual allegations. There, she would further denounce USAID, accuse a Politico reporter who covered her resignation of stalking her, and demand that Engel debate her and Burkman. In a press release announcing the press conference, Burkman and Wohl claimed that Wohl, who is currently facing two felony charges related to security sales in California, had “been working behind the scenes with Corrigan for months.”


Sommer said that on Tuesday afternoon, Corrigan deleted tweets whining about anti-Christian discrimination, while Wohl and Burkman claimed she was talked into backtracking. 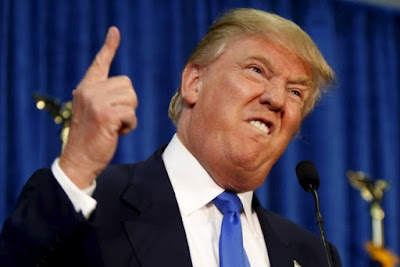 Activists Got A Chicago Children’s Hospital To End Intersex Surgeries. For Them, It's Just The Beginning. - A victory in the right direction.


Posted by BlackTsunami at 9:10 AM No comments: