From the Southern Poverty Law Center comes a story which should give optimism to the LGBTQ community as we go through the Trump years. It would seem that we are outlasting another hate group whose purpose was to end our struggle for equality:

For those who can't remember back in the day, the Traditional Values Coalition, led by Lou Sheldon, was one of the meanest, most vindictive anti-LGBTQ hate groups in America. Forget subtleties because TVC made its objective clear. According to it, the LGBTQ community were a bunch of diseased, Morlockian monsters who needed to be stamped underfoot:

(Lou)Sheldon, a protégé of Christian Right evangelist Pat Robertson, launched TVC in Anaheim, California, before moving its headquarters to Washington, D.C. His anti-LGBT rhetoric — calling homosexuality a “deathstyle;” claiming child molestation is the real “homosexual agenda;” suggesting AIDS victims should be forced into leper-like colonies — pushed TVC to the forefront of the battle against equal rights in the 1990s.

In 1993, TVC distributed a video, featuring Sheldon as well as then-Senator Trent Lott of Mississippi, called “Gay Rights/Special Rights: Inside the Homosexual Agenda,” as a propaganda tool to galvanize opposition to LGBT rights. The film attempts to contrast the civil rights movement of the ‘60s with the fight for LGBT equality, with one speaker condemning the “high-handed attempt of the gay and lesbian movement to highjack the 1964 Civil Rights Act in trying to give national credence to their immoral lifestyle.” The video also attempts to conflate homosexuality with pedophilia, a common refrain from TVC (the TVC website, when it was online, claimed “[t]he effort to push adult/child sex… is part of the overall homosexual movement”).

A December 1994 New York Times article titled “Minister Brings Anti-Gay Message to the Spotlight” heralded Sheldon’s influence with the incoming conservative congress elected the month before. The next year, Sheldon was part of a push to support a senate bill to cut federal money for public schools “encouraging or supporting homosexuality.”


Supposedly, in 1995, then Speaker of the House Newt Gingrich promised Sheldon that there would be Congressional hearings looking at the so-called promotion of homosexuality in public schools.

That's how powerful TVC was back then. Twenty years later, things have changed tremendously. SPLC's article points out that Sheldon's daughter, Andrea Lafferty, seems to be having problems keeping the group relevant and afloat.

The poor dear (sarcasm intended.) I guess there is no room for unbridled, free-range homophobia in the now passive-aggressive world of the religious right.
Posted by BlackTsunami at 4:55 PM No comments: 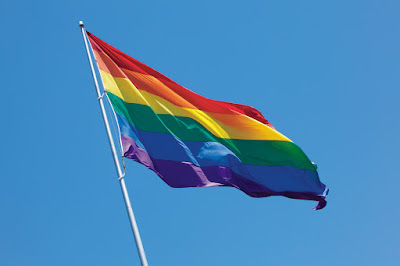 Judge Dismisses Homophobe’s Lawsuit Claiming Rainbow Flags Are Religious Symbols - We have more important fights so I'm glad this anti-LGBTQ mess was thrown out of court.

FBI National Academy Accepts First Transgender Applicant - In the face of ignorance and stupidity, the transgender community keeps on shining and achieving.

In photos: The private lives of India’s LGBTQ community - I've said it once and I will say it again - our fight is universal.

Alaskans set to vote on bill that would ban transgender people from using the bathroom - And of course the group pushing this is reading from the script of inaccurate anecdotal horror stories of transgender women using the restroom.

New Amazon ad features gay couple getting ready for their wedding - Sweet!
Posted by BlackTsunami at 9:11 AM No comments: