When Illinois made marriage equality legal last year, Bishop Thomas John Paprocki of Springfield, Illinois took it upon himself to perform what he called a "minor" exorcism on the state. In this clip, he explains why he did such an action.

If you ask me, he really should have kept him mouth shut. It begins as semi-comical combined with a little insulting then moves to extremely insulting at the end when he explains how what he did wasn't hatred, but "love," such as the love of parents who punish their children. It reminds me of that scene in The Color Purple when one character's father tells him why it is necessary to physically abuse his wife.  I guess that's the only good thing about this clip. Paprocki totally dismantles the phony "I am opposing lgbt equality because I love them and want them to stop their 'behavior'" fallacy.

He comes across as self-righteous, ignorant, and highly deluded, which are common traits many who push that fallacy share.

Hat tip to Right Wing Watch.
Posted by BlackTsunami at 10:00 AM 3 comments: 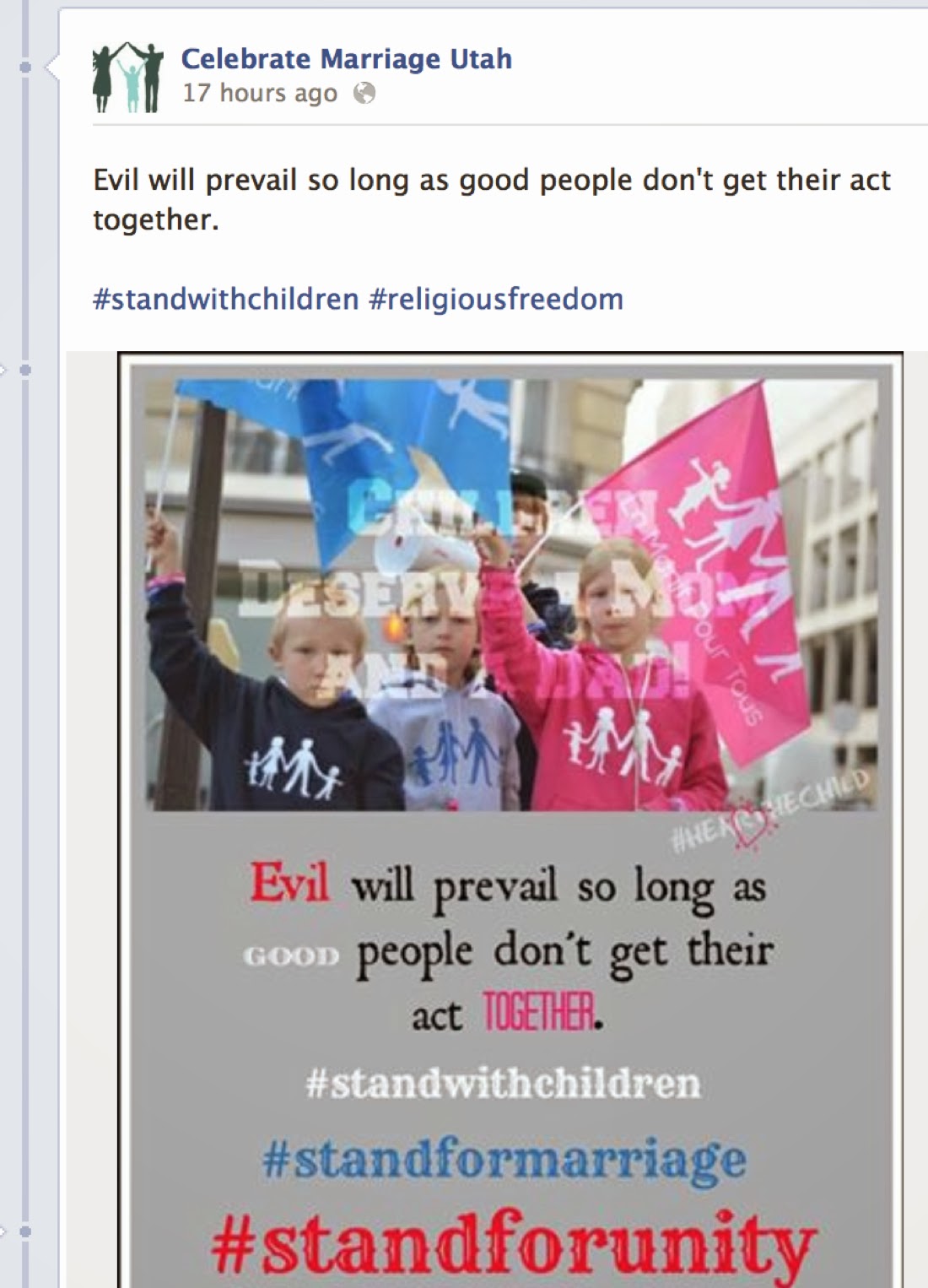 The good news is that the longer those who oppose marriage equality push such nasty images (particularly in light of the fact that many children are being raised by gays and lesbians), the speedier they are hurtling themselves to the demise of their argument. The bad news is that they push such a vile image in the first place. More on this via Jeremy Hooper from Goodasyou.org

Fischer: Performing Gay Marriages At The Grammys Was An 'Abomination' Because Same-Sex Parenting Is 'A Form Of Child Abuse' - Keep talking, Bryan. Keep talking.

Binyavanga Wainaina, Gay Kenyan Author, Hopes To Boost LGBT Rights With Coming Out - I commend this author. He is brave, bigtime.

Here is something interesting out of Nevada. A clerk defending the state's ban on marriage equality has changed his mind:

One of the people defending Nevada’s same-sex marriage ban, Carson City Clerk Alan Glover, has filed a letter with the Ninth Circuit Court of Appeals to withdraw his brief in defense of the law. The filing notes that he’s no longer opposed to the same-sex couples’ position in the case. He’s intending to file a notice of “non-opposition” with the appeals court.

According to his letter, the change in position is based on the Ninth Circuit’s recently-decided case, SmithKline Beecham v. Abbott Laboratories, in which the court held that a heightened form of judicial scrutiny applies to cases in which same-sex couples allege discrimination.

Because the court now considers sexual orientation to be a “quasi-suspect” classification warranting more judicial scrutiny, the letter suggests, the clerk is less concerned about the broad reach of any eventual decision: it would be tied to sexual orientation claims and wouldn’t reach polygamy claims.

The Nevada ban is still being defended by Governor Sandoval, through the state attorney general’s office, along with the Coalition for the Protection of Marriage.

Posted by BlackTsunami at 6:38 AM No comments: