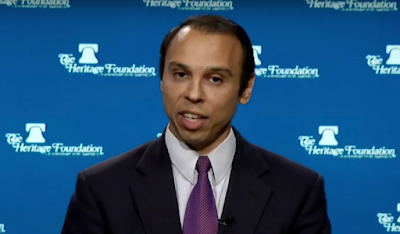 As I said Wednesday, even though Dr. Rachel Levine was successfully confirmed as the Assistant Secretary of Health and Human Services, conservatives and the religious right will do their utmost to undermine her.

From the Family Research Council:

The Biden administration made history Wednesday, but not the kind that most Americans will celebrate. In a tight, near party-line vote, the Senate confirmed the president's transgender pick for deputy secretary of HHS, Rachel Levine -- whose idea of "health care" is sterilizing and mutilating young children.

Implied by Sen. Rand Paul during her hearing that Dr. Levine supports sex change surgeries for children, this claim has been proven as a lie. What's sadder is that FRC provided links in an attempt to prove the claim's accuracy and the links boiled down to a conference booklet which proved absolutely nothing.

It gets more hilarious.

Supposedly FRC interviewed an eyewitness who claimed that Dr. Levine does advocate sex change surgeries for children. And who is that witness? Former HHS official Roger Severino.

For those who have not kept up with HHS drama and therefore are wondering why is Severino attempting to channel Alexis Colby on Dynasty during Blake Carrington's murder trial at the end of the first season, allow me to explain.

In 2017, Severino was appointed by former president Donald Trump as Director of the Office for Civil Rights at the U.S. Department of Health and Human Services. Many in the LGBTQ community protested because he came from anti-LGBTQ right-wing groups. and we felt that his goal was to undermine our rights and health.

And that he did. Or at the very least, he tried:

LGBTQ equality groups and several allies raised the alarm when he was picked due to his history of working against LGBTQ equality. And while at HHS, Severino did nothing to assuage their fears.  In 2018, The Advocate claimed that he was attempting to "erase trans people out of existence" by pushing a memo which would say that gender identity doesn't exist and that gender is set at birth and defined by genitalia.

Severino was also responsible for an attempt to create a rule which would roll back protections for the trans community against discrimination through Obamacare, and  a "conscience rule" which said any healthcare worker could deny services to LGBTQ people based on "moral or religious" reasons. In November 2019, three different federal courts struck down the rule and one court found that HHS exaggerated a justification for the rule. Severino was pointed out in an NPR article to have contributed to that exaggeration.

This is what Severino had to say to FRC about Dr. Levine:

During Roger's time at the agency where Levine is now second-in-command, he met the new deputy. Back then, he explains, Levine wasn't so coy about what he believed about young people. When the HHS team asked about minors and transgender treatment, "I heard it directly," Severino explained, "and the answer was: 'Yes, yes, minors should be given cross-sex hormones and surgery when they have gender dysphoria'..."

He even had the audacity to make this claim:

"The activism runs deep," he warns. "It was evasive to the point of being disingenuous, not to answer Senator Paul when asked directly when I knew what the answer was, because I've heard it when the shoe was on the other foot and those doctors wanted to keep the Obama transgender mandate in place. This is scary times when we're going to see this push, especially when it comes to minor children, 12 to 18, to have radical surgeries that will sterilize them. And you cannot turn back. And I'm afraid that's where HHS may be going if Levine gets confirmed."

There is no other way of putting this. Roger Severino is full of shit. Why should anyone believe this man? His entire tenure at HHS comprised of thinking of new ways to undermine LGBTQ,  particularly transgender health. He's also the same man who was caught lying in pursuit of changing HHS policy to endanger LGBTQ health.
The only thing we should take from this nonsense with FRC and Severino is the satisfaction of karma in seeing that Health and Human Services went from housing an undercover bigot like  Severino to being led in part by openly transgender Dr. Rachel Levine.
That realization, my friends, is sweet.
Posted by BlackTsunami at 4:51 PM No comments:


Pantene doubles down on support for transgender youth after backlash to ad featuring LGBTQ family - Way to go, Pantene.
Chechen Crackdown Continues With Persecution of Gay Men's Families - For crying out loud! Persecution continues in Chechnya.
#SuperStraights are being trolled super hard on Twitter - Good. Sock it to them!
Why The Term 'Bi-curious' Is Hurting The Bisexual Community - Good post.
Posted by BlackTsunami at 8:33 AM 1 comment: