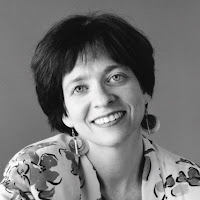 And the Christmas season keeps getting worse for the religious right:

Feldblum, who has been the target of much criticism by conservatives, had been serving under a recess appointment by President Obama since April, along with another commissioner, the commission’s chair, and its general counsel, who also were confirmed Wednesday in one of the Senate’s last actions before the holiday break.

As the piece says, conservatives don't like Feldblum. The religious right in fact HATE Feldblum, claiming on more than one occasion that she will lead an onslaught on the "rights of Christians."

Peter LaBarbera of Americans for Truth About Homosexuality:

Who could put it any better than lesbian legal activist Chai Feldblum, former law professor at Georgetown University and President Obama’s recess appointee to the Equal Employment Opportunities Commission (EEOC)? Regarding what she calls the “zero-sum” game that exists between homosexual legal “rights” and the freedom of religious/moral Americans to oppose homosexuality, Feldblum stated: “Gays win. Christians lose.” We hope her prediction is wrong, but the lesbian prof’s secular “rights” formula is clearly advanced every time the noble institution of “marriage” is perverted to legally sanction ignoble, sinful conduct.


"Feldblum wants the government to promote every type of relationship as equal to traditional marriage, including ‘polyamorous’ relationships (those involving three or more sexual partners).

“Feldblum has criticized the Supreme Court for its Boy Scout decision. She opposes the Boy Scouts right to exclude gay (LGBT) Scout leaders and gay Scouts from its organization.

Ms. Feldblum is one of the architects of the Employment Non-Discrimination Act, which seeks to give special protections to homosexuals and crossdressers, with no regard for the religious objections of those who see such practices as wrong. In fact, when questioned about instances when religious liberty and homosexual "rights" conflict, Ms. Feldblum brazenly stated she would have "a hard time coming up with any case in which religious liberty should win." There seems to be little doubt, even in Ms. Feldblum's mind, about how she will rule in cases involving religious liberty that come before her.

The statement these religious right groups are gaining the most mileage out is from a piece she wrote entitled Moral Conflict and Liberty: Gay Rights and Religion.

Ensuring that LGBT people can live honestly and safely in all aspects of their social lives requires that society set a baseline of non-discrimination on the grounds of sexual orientation and gender identity. If individual business owners, service providers and employers could easily exempt themselves from such laws by making credible claims that their belief liberty is burdened by the
law, LGBT people would remain constantly vulnerable to surprise discrimination. If I am denied a job, an apartment, a room at a hotel, a table at a restaurant or a procedure by a doctor because I am a lesbian, that is a deep, intense and tangible hurt. That hurt is not alleviated because I might be able to go down the street and get a job, an apartment, a hotel room, a restaurant table or a medical procedure from someone else. The assault to my dignity and my sense of safety in the world occurs when the initial denial happens. That assault is not mitigated by the fact that others might not treat me in the same way.

Thus, for all my sympathy for the evangelical Christian couple who may wish to run a bed and breakfast from which they can exclude unmarried straight couples and all gay couples, this is a point where I believe the “zero sum” nature of the game inevitably comes into play. And, in making the decision in this zero sum game, I am convinced society should come down on the side of protecting the liberty of LGBT people. Once an individual chooses to enter the stream of economic commerce by opening a commercial establishment, I believe it is legitimate to require that they play by certain rules. If the government tolerated the private exclusionary policies of such individuals in the commercial sector, such toleration would necessarily come at the cost of gay people’s sense of belonging and safety in society. Just as we do not tolerate private racial beliefs that adversely affect African Americans in the commercial arena, even if such beliefs are based on religious views, we should similarly not tolerate private beliefs about sexual orientation and gender identity that adversely affect LGBT people.

In other words, Feldblum believes that a business should not be allowed to discriminate against lgbts no matter the so-called "deeply held personal beliefs" of the owner.

She does not believe owners of an apartment building should have the right to deny lgbts housing even if they have a so-called "deeply held personal belief" that homosexuality is a sin.

And she does not believe that the beliefs of service providers should override the needs of those they are supposed to be serving.

I personally can't think of a better choice. And not just because Feldblum sends the religious right into orbit.

That fact is merely icing on the cake.

Posted by BlackTsunami at 2:33 PM No comments: 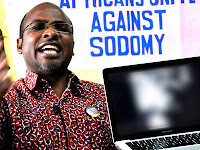 According to the site Box Turtle Bulletin:

The eight are being charged with filing false accusations against Kayanja, in a bizarre conspiracy to accuse Kayanja of sodomy. As we reported last year, the conspiracy unfolded this way:

Other pastors are jumping onto the “outing” bandwagon to settle scores as well, and the rivalries are so complex that it takes some diagramming to keep it all straight. Here goes: Pastor Solomon Male of Arise for Christ Ministry accused Pastor Robert Kayanja of the Rubaga Miracle Center Cathedral of being a homosexual, along with “a group of other pastors.” Kayanja’s Rubaga Miracle Center is a very large and prosperous megachurch in Kampala. (Controversial American faith healer Benny Hinn will present a “Fire Conference” at that church on June 5th and 6th.) But an apparent friend of Kayanjka, Pastor Joseph Serwadda of the Victory Christian Centre, another megachurch in the Ndeeba section of Kampala which operates two FM stations, accused Male of of being an impostor, saying that he doesn’t even have a church.

Kayanja’s personal aide, Chris Muwonge, was allegedly kidnapped and tortured by armed men and held for five days. His captors allegedly wanted him to make a video statement accusing Kayanja of molesting young boys. Kayanja accused his rival, Pastor Michael Kyazze of the Omega Healing Center of being behind the plot. Kyazze’s assistant, Pastor Robert Kayiira was arrested earlier for trying to sneak a laptop computer into Kayanja’s Miracle Center. His close friend? Pastor Solomon Male. Kayanja reportedly believes that Martin Ssempa is involved in the allegations against him as well.

Regarding Ssempa, the Daily Monitor said he is:

accused of hiring Robson Matovu to blackmail Pastor Kayanja. Court heard that Pastor Male reportedly gave Mr Matovu a signed and stamped affidavit implicating Pastor Kayanja while Samson Mukisa was reportedly promised necessities on condition that he would speak publicly on how Pastor Kayanja had sodomised him.

The controversy definitely throws a monkey wrench into the claim of those who support the anti-gay Ugandan bill. Supporters, such as Ssempa, have said that the bill was created to protect Ugandans, particularly children, from "gay recruitment."

Public charges of sodomy are a common way to settle political and other scores in Uganda. Should the proposed Anti-Homosexuality Bill become law with its death penalty and other heightened penalties for advocacy on behalf of LGBT people or failure to report gay people to police, such conspiracies will increase and carry far greater dangers.

Besides Ssempa, the others who have been detained or sought after are city advocate Henry Ddungu, pastor Moses Solomon Male, Bob Robert Kayiira, Michael Kyazze,  lawyer David Kaggwa, Deborah Kyomuhendo, and David Mukalazi.

UPDATE -  According to the Ugandan newspaper New Vision, the police are now looking for Ssempa, but so far, he has eluded them.

Martin Ssempa claims to be misunderstood

Martin Ssempa celebrates his homophobia via a blog

FRC staffer likens U.S. to Sodom and Gomorrah; we wonder if Biblical city had universal healthcare - There is nothing like the classic homophobic condemnations.

Parents of gay Rutgers student who committed suicide may sue school - This continues to be a sad story.

Alberta Delists Homosexuality as a Mental Disorder - What took them so long?

Rep. Barney Frank (D-MA) reveals our "agenda" for America. Dammit! I'm calling National Headquarters because he wasn't supposed to do that!