Another voice for the 'criminalize homosexual acts' hot mess 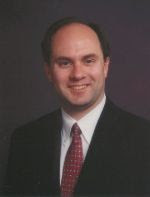 “The short answer to your question is yes, we believe that states should be free to regulate and prohibit behavior that’s a violation of community standards and a proven threat to public health and safety — including, as most of the United States did throughout its history, homosexual behavior.”

I'm a little disappointed that Glenn wasn't pressed by the Michigan Messenger about how being gay is a "proven threat to public health and safety." We all know that statement as a Paul Cameron talking point and it would have been interesting to see Glenn weasel his way out of explaining the Cameronesque connection to his statement.

People for the American Way makes it a point to inform everyone of the following hypocrisy in Glenn's stance:

It should also be pointed out that Glenn is among the plantiffs in the Thomas More Law Center's lawsuit challenging the Hate Crimes Prevention Act of 2009 on the grounds that protection for gays is part of an effort to "criminalize the Bible and use the threat of federal prosecutions and long jail sentences to silence Christians from expressing their Biblically-based religious belief that homosexual conduct is a sin."

So Glenn, while pursuing a claiming a phony case of persecution is pushing for actual persecution.

His statement makes me more anxious about the upcoming conference on "homosexuality" next week at Liberty University.  I don't think we've heard the last of this entire "let's criminalize homosexual acts" nonsense.

Maybe I'm being overly paranoid but if Colorado in 1992 and the Proposition 8 vote in 2008 taught me anything, it's never take any religious right attempt as lightweight and nonsensical.

Family group says it wants homosexuality criminalized - This is getting more and more insane.

Daniel Alter to be first openly gay man ever to be nominated for federal bench - Someone call the Exorcist because religious right heads are going to spin.

A week after called for the "criminalization of homosexual behavior,"  the American Family Association's Bryan Fischer has continuously attempted to justify his comments.

But he should have quit while he was ahead because yesterday, he finally hit the nadir of nuttiness with the following:

As the Family Research Institute reports, historian Paul Johnson has written that decriminalizing homosexuality, which was done beginning in the 1960s for ill-conceived reasons of supposed compassion, has left us now today with a "monster in our midst" - a powerful, vicious, and punitive homosexual cabal that is determined to overthrow completely what remains of Judeo-Christian standards of sexual morality in the West.

As he points out, the process took place in three stages. First, homosexual behavior was decriminalized, while still being regarded as a "great moral evil." But decriminalization enabled homosexual activists to openly organize, until they pressed for and received declarations that not only was homosexual conduct not an evil, but was in fact the moral equivalent of heterosexuality.

Then once this milestone was achieved, homosexual activists pressed beyond equality to privilege, where now today homosexual behavior has been given special protections in public life, protections which come at the expense of religious liberty, freedom of conscience, freedom of speech and freedom of association and lead to the punishment, intimidation and harassment of any who oppose their agenda.

I'm totally unfamiliar with Paul Johnson but I am very familiar with the Family Research Institute. We all should be.

It is deemed an anti-gay hate group by the Southern Poverty Law Center mostly because its founder, Paul Cameron, has spent a considerable amount of time over the years creating junk science and outright lies to demonize the lgbt community:

"Right now, here in Lincoln, there is a 4-year-old boy who has had his genitals almost severed from his body at Gateway in the rest room with a homosexual act… It’s really awkward. I could see where Gateway would want to suppress this. I could see where the parents would want to suppress it. It could be just a rumor. But enough things have happened recently so that such a thing doesn’t have to be invented.” - Paul Cameron told this story to a group in 1982 in Lincoln, Nebraska in an attempt to kill a gay rights ordinance. The police discovered the story to be false but the ordinance was defeated.

“(Cameron) misrepresents my findings and distorts them to advance his homophobic views. I make a very clear distinction in my writing between pedophilia and homosexuality, noting that adult males who sexually victimize young boys are either pedophilic or heterosexual, and that in my research I have not found homosexual men turning away from adult partners to children . . . I consider this totally unprofessional behavior on the part of Dr. Cameron and I want to bring this to your attention. He disgraces his profession.” - Dr. A. Nicholas Groth in 1984 after discovering that Cameron distorted his work.

"Paul Cameron (Nebraska) was dropped from membership for a violation of the Preamble to the Ethical Principles of Psychologists - American Psychological Association, 1983

The Canadian Psychological Association takes the position that Dr. Paul Cameron has consistently misinterpreted and misrepresented research on sexuality, homosexuality, and lesbianism and thus, it formally disassociates itself from the representation and interpretations of scientific literature in his writings and public statements on sexuality. - Canadian Psychological Association, 1996


If Fischer thought citing anything from this discredited hate group would give him credibility in his attacks on the lgbt community, then he is sadly mistaken.

However if he was gearing to demonstrate just how morally empty he and the American Family Association are, then he wins the blue ribbon.