Huckabee, Jindal, Cruz teaming up with 'gays should be thankful for AIDS' pastor


It's not just that rabid anti-lgbt pastor Kevin Swanson made this vile statement above about how gays should be thankful that God punished our community with AIDS. And it's not just that he has made other incredibly vicious comments (catalogued here) about lgbts.

The giant problem is even after all of this is known, Mike Huckabee, Ted Cruz, and Bobby Jindal will be joining him in a "religious freedom summit" while either the mainstream press won't bat an eye:

The organizer of the “National Religious Liberties Conference” in Des Moines, Iowa, announced today that Ted Cruz, Mike Huckabee and Bobby Jindal have committed to speaking at the summit, which will take place next month. One speaker at the conference, Iowa radio host Steve Deace, has said that Ben Carson has also RSVP’d for the event, although Carson’s name was not included in today’s press release.

Kevin Swanson, the conference’s chief organizer, is a far-right pastor and host of the “Generations Radio” program, on which he has frequently claimed that the government should put gay people to death, warned that the Girl Scouts and the movie “Frozen” turn girls into lesbians and blamed natural disasters on gay people and women who wear pants. (Update: Swanson is not the only activist speaking at the conference who backs the death penalty for homosexuality).


Or if questioned about it, those three bozos will instantly whine about how they are being "persecuted" because of their Christian faith.

Either conclusion serves to make me nauseous and die a little inside
Posted by BlackTsunami at 3:05 PM No comments: 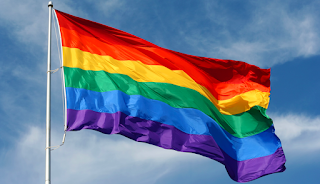 Editor's note - I apologize for not sending out this morning's post, Opponents of Houston's non-discrimination ordinance relying on an ugly lie to gain victory, to all the folks I usually send posts out to. Please take a look at it because it is very apropo to the story at the top of today's news briefs

@GregAbbott_TX @HillaryClinton how can u bear false witness like that and call yourself a Christian, Gov. Abbot?
— Holy Bullies (@holybullies) November 2, 2015

What you are seeing here is the main reason why Christianity is getting a bad reputation and so many folks are abandoning it. Also, why so few trust politicians. It's sad when any elected official, much less a governor, caters to and spreads lies about a piece of legislation.

GOP Texas Gov. Greg Abbott Urges “NO” Vote On Houston LGBT Rights: “No Men In Women’s Bathrooms” - Joe Jervis has more about this lie. Mark my words, if the pro-lgbt ordinance in Houston (HERO) loses because of this consistently refuted lie about "men in women's bathrooms," expect things to get "real." It's going to be the aftermath of the Prop 8 vote all over again (although I HOPE lgbts spend less time figuratively shooting at each other and instead, pushing for education and conversations about anti-lgbt propaganda. In the 70s, Anita Bryant derailed a pro-gay ordinance using the same fear tactic. The fact that it may still be successful over 30 years later is a damn shame.)

If You Think You Understand Houston’s ‘Bathroom Ordinance,’ You Probably Don’t - HERO has NOTHING to do with "men in the women's restrooms." THIS is what it has to do with.

Opponents of Houston's non-discrimination ordinance relying on an ugly lie to gain victory - Repeating this morning's post to give background on this mess.

Outraged Conservative Christians Claim Chick-fil-A 'Goes Gay' - Yes, I am as shocked as you are.

Watch: HBO to Debut Vice Doc About the Quest for an AIDS-Free World - Good for HBO!

Franklin Graham Praises 'Gay Propaganda' Law, Critizes US 'Secularism' In Russia Visit - Simply sad. We need that national conversation on anti-lgbt propaganda.
Posted by BlackTsunami at 9:14 AM No comments:


By consistently putting out the message that predators will invade women's restrooms (even after the claim has been repeatedly refuted by city officials, professionals who work with sexual abuse victims, and others), opponents of the Houston Equal Rights Ordinance (HERO) have closed the polling gap and some experts have predicted a win for them in Tuesday's referendum.

The campaign to pass the Houston Equal Rights Ordinance, or HERO, has become a priority for national gay rights groups and the city’s gay mayor — as well as for local business leaders, who fear an economic backlash similar to the one that hammered Indiana earlier this year if it is not adopted. But with an election set for Tuesday, polls show voters are divided on the measure — and some analysts are predicting defeat.

One reason, they say, is the provocative claim that the measure would permit “any man at any time” to enter a women’s bathroom “simply by claiming to be a woman that day.” Opponents have dubbed the measure “the bathroom ordinance.”

“Houston voters do not want men in their women’s bathrooms,” said the Rev. Dave Welch, executive director of the Houston Area Pastors’ Council. “It’s an invasion of privacy, an invasion of a safe space for women and girls.”

It’s also completely untrue, supporters of the measure say. They accuse Welch and others of fearmongering, noting that the ordinance would not only protect the rights of transgender people, but also challenge discrimination on the basis of race, sex and a dozen other factors, including military status.

“I don’t care who you are, you belong in one of those 15 categories. This literally is going to protect everyone in the city,” said Lou Weaver, 45, a transgender activist who is working to pass HERO. “Trans women are literally being painted like boogeymen here, the monster under the bed.”


Whatever happens Tuesday, the lgbt community and its allies should take note. No matter how happy we are because we won marriage or how much we think this so-called culture war is over, now is not the time to ease up. And for God's sake, stop underestimating the organizations who fight against lgbt equality. They still have pull, influence, and as you can see, lies which they can exploit tremendously. Folks, we have to start a national conversation on anti-lgbt propaganda and those who push it.  And before things like this happen.

And as for the city of Houston, should HERO lose,  in the words of Shakespeare:

"To willful men, the injuries they procure must be their own schoolmasters."
Posted by BlackTsunami at 4:54 AM 1 comment: