On Monday, former president Donald Trump's residence, Mar-A-Largo was raided by the FBI. We don't know the complete particulars so there there has been a lot of speculation. However, knowing Trump, I would safely say for now that there was just cause.

But not knowing why the raid took place hasn't kept Republican and conservatives from going on Fox News and on Twitter making sure to screech and fundraise. It's the screeching which I find most entertaining.

Stereotypes tell us that LGBT people - particularly gay men - are known for being over dramatic in all situations, especially the mundane ones. If that were true, the above video is telling us that we - gay men - are no longer the champions of such behavior. Conservatives and Republicans did everything but collapse in tears and faint (while making sure to clutch a crumpled handkerchief to their foreheads) in registering their "abject disgust and humiliation" about the raid.  The only thing missing is African-American Trump operatives Diamond and Silk and Alveda King filming themselves proclaiming "Jesus! Jesus! Jesus!" like another stereotype  - that black mothers crying over their fallen sons in "ghetto hood" movies.

And as an added treat, here is Fox News personality Jeanine Pirro (who certain people have accused of  'loving the grape' too much with HER meltdown - I mean opinion - of the raid.

Judge Jeanine had a few glasses at Happy Hour and is hopping mad! pic.twitter.com/Dy9u8rvYRr

Posted by BlackTsunami at 4:50 PM No comments: 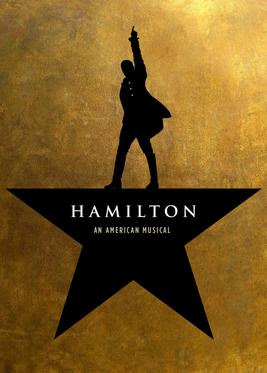 Texas Church Performs Unauthorized Version of HAMILTON with New Lyrics and Anti-LGBTQ Sermon​ - How evil do you have to be in order to sit down and do all of this?
Conservatives sue school for refusing to out transgender students - Oh this is just tacky.
Trans equality wins in federal court as state Medicaid ordered to pay for gender affirming care - Good.
30 Forgotten Queer Films That Deserve a Second Look - I've seen some of them. They are very good.
Researchers warn bachelorette parties in Provincetown are destroying LGBTQ+ safe spaces - Good article but it uses too many technical terms. Let's break it down. A bunch of heterosexual women go into the gay bars for bachelorette parties and act like fools. They are loud, obnoxious and usually drunk. Their behavior makes things uncomfortable and annoying.
Posted by BlackTsunami at 9:16 AM No comments: