In light of Accuracy in Media's (and supporter of Uganda's anti-gay bill) Cliff Kincaid being chosen as an "instructor" in Peter LaBarbera's phony "Truth Academy," the above video is a preview of a soon-to-be released documentary on Uganda's homophobia.

French filmmaker Dominique Mesminsent this trailer for an upcoming documentary he’s working on. The people speaking are unidentified, but one of the speakers appears to be pastor Julius Oyet, who has emerged as a close confidant to the Anti-Homosexuality Bill’s sponsor MP David Bahati. Oyet was in the visitor’s gallery and recognized by the Speaker when the bill was introduced into Parliament last October. This video captures Oyet defending the death penalty for gay people.

Won Mississippi: Constance's limo rental budget gets a bump - Constance McMillen wins a HUGE victory for herself and other lgbt youths.

NOM’s followers are so full of “love” that it oozes right out of them - Now that's nicer than I would have put it.

Why won't Breitbart release the full Shirley Sherrod/NAACP video? - And for those interested in the ongoing NAACP vs. Tea Party feud, the sleaziest man in journalism, Andrew Breitbart, has weighed in with a tape of a (former) USDA official Shirley Sherrod allegedly being extremely racist during an NAACP speech. Only a few things though - the incident was over 20 years ago, and the part  of the speech shown (Breitbart's tape ends abruptly) is a part of a larger anecdote that Sherrod was telling the audience. But we know how this works. The tea party folks, with the help of Fox News, is suddenly slightly re-energized after a disastrous week. I say "slightly" because from what I understand, the mainstream media and some conservative bloggers are asking questions as to what does the full tape show. And we all know Breitbart's "truthiness" when it comes to taped footage. LOL

Posted by BlackTsunami at 9:09 AM 4 comments: Links to this post 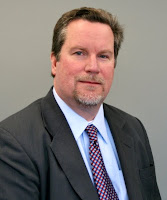 From People for the American Way:


. . . Accuracy in Media's Cliff Kincaid, who shares a LaBarbera-level hatred for gays, has now been added to the list of instructors, which explains why he is now writing glowing columns about the conference warning that it is our only hope of save America from its "moral suicide" as gays seek to kill themselves and everyone else:


LaBarbera is one of those brave few taking a leadership role in the effort to preserve traditional American social and religious values. Fighting off the predictable smears of “hater” and “homophobe” from the gay-run Media Matters group and the Southern Poverty Law Center, he and his associates will be gathering near Chicago from August 5-7 to educate the next generation—and their parents—about the consequences if homosexuality is promoted in the schools and by the federal government. This is when AFTAH is launching a Truth Academy on how to fight the “gay agenda.” I am honored to be invited to be a part of this effort. I will be discussing gay influence on the media and the homosexual drive for the “right” to donate possibly infected and contaminated blood to the nation’s blood supply.

LaBarbera, head of the anti-gay group Americans for Truth, announced plans for his "Truth Academy" in June. He claimed that it is to instruct the next generation (between the ages of 14 to 25) lessons in "combatting the gay agenda" and supposed homosexual "misinformation" at a cost of $99 a head.

His list of instructors are dubious enough, but the selection of Kincaid adds more of a sinister air to the mix.

Kincaid openly supported Uganda's "Kill The Gays" bill even when it was facing a backlash.

In February he said the following:


"Uganda's people and government deserve support, not criticism, from the United States. They are up against the international homosexual lobby, the money of George Soros, and the Obama Administration. They are trying to create a Christian culture that is protective of families and children."

As far as it is known, Kincaid continues to support the bill.

One can only imagine what he will be telling young folks about the lgbt community.

Cliff Kincaid: Outcry against Ugandan bill a conspiracy to save Kevin Jennings

Cliff Kincaid, Britt Hume, and the descent of Christianity

Posted by BlackTsunami at 4:48 AM 2 comments: Links to this post