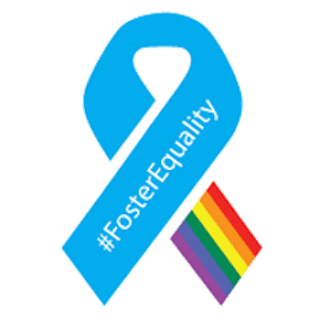 Batten down the hatches because things just went off in Philadelphia with regards to "religious liberty" vs. anti-gay discrimination.

According to Philly News:

The city announced Thursday that it had stopped two faith-based agencies from placing foster children after learning the organizations discriminate against LGBTQ people.
The Philadelphia Department of Human Services has ceased foster-care intake with Bethany Christian Services and Catholic Social Services, pending an investigation by the Commission on Human Relations.

The restriction follows an Inquirer and Daily News report that the city-funded agencies will not work with LGBTQ people or same-sex couples interested in becoming foster parents, a stance that likely violates city contract rules. The organizations do work with LGBTQ youth.

All of this began when a lesbian couple, Magan Paszko and her wife, went to an orientation meeting with one of the agencies and was told that they shouldn't waste their time.

"The trainer approached us, and she was really nice, but she told us, ‘I just want to be upfront. This organization has never placed a child with a same-sex couple,” Paszko told the Philadelphia Inquirer, “She told us she didn’t want to waste two hours of our time."


This situation is the latest salvo in the argument over "religious liberty" or the belief that personal religious beliefs should give individuals and groups a free card to discriminate.  I personally think that such a belief is wrong, especially when those wanting to discriminate also want to help themselves to our tax monies.

Posted by BlackTsunami at 4:12 PM No comments: