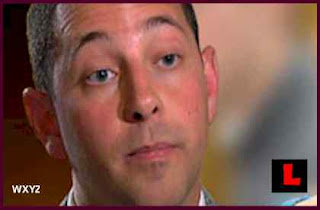 An assistant Michigan attorney general who caused a national stir by waging a campaign against the University of Michigan's openly gay student president was fired today.

Andrew Shirvell, who kept a critical blog and picketed against Chris Armstrong, was told he is fired today in a brief meeting in Lansing.

"The cumulative effects of his use of state resources, harassing conduct that is not protected by the First Amendment, and his lies during the disciplinary conference all demonstrate adequate evidence of conduct unbecoming a state employee," Attorney General Mike Cox said in a statement issued by his office today. "Ultimately, Mr. Shirvell's conduct has brought his termination from state service."

Shirvell is considering a civil service appeal of his termination or lawsuit for wrongful discharge, according to his lawyer Philip Thomas.

"I feel terrible for Andrew," Thomas said. "He has worked at that agency approximately four years. He has gotten excellent ratings and reviews each of his four years. His supervisors were aware of the blog as early as April or May, not that they condoned the content of it or that they condemned it. I just feel my client's constitutional First Amendment rights were in play here. Attorney General Mike Cox at first said the same thing and now, all of a sudden this happens."

Shirvell, 30 and a U-M alum, created a blog last spring to launch a crusade against the 21-year-old student assembly president he called, "a radical homosexual activist, racist, elitist and liar."

Armstrong has said Shirvell contacted his friends, showed up at his public appearances and insulted his family and friends on the blog. Shirvell was briefly banned from the Ann Arbor campus on harassment claims, but the order was lifted earlier this week by the university.

Armstrong's lawyer, who has said has asked the Michigan Attorney Grievance Commission to disbar Shirvell, said today Cox made the right decision.

Part of me feels guilty for being happy that someone has lost their job, but this was long overdue.

Posted by BlackTsunami at 2:47 PM 5 comments:

Lisa Miller's in hiding. We can now scratch SCOTUS building off places to search - Lisa Miller needs to the right thing and return little Isabella.

Pictures from Truth Wins Out’s ‘Lift My Luggage’ Protest at the NARTH Convention - Awesome protest. I hated that I had to miss it.

Gay Episcopal bishop to retire amid death threats - THIS is something I hate.

In Efforts to End Bullying, Some See Agenda - Of course there is an agenda and that is to make sure that all children are safe. Ooooo spooky!

(Not necessarily an lgbt issue but our community would do well to pay attention to how Fox News's war on Obama has transpired. The same tactic has been used on us by the religious right.)

Fans of William Shakespeare are familiar with the play Othello in which a black leader (Othello) is done in by a treacherous lieutenant (Iago) constantly whispering in his ear, implying that his new wife (Desdemona) has been unfaithful to him.

In the past two years, this country has been witnessing a sort of recreation of this play in the smearing of President Obama by Fox News.

Ever since the 2008 Presidential election, Fox News hasn't simply registered disapproval with Obama's policies. The network has carried it three steps further by engaging in a personal vendetta and an undeclared campaign of misinformation designed to poison the public against Obama, exploit many Americans' silent uneasiness with electing the first black president, and thereby undermining not only his policies but his legacy as well.

From Fox News, it has been implied that:


And the latest lie:

None of these charges are well-thought-out reasonable opposition to Obama's policies. Rather they are the equivalent of feces thrown by enraged baboons so consumed with hitting their targets that they don't care how deep they have to sink their arms into the gunk.

Now in Othello, Iago's constant hinting, whispering, and nudging drove Othello to a fever pitch, leading him to murder his wife and then commit suicide after realizing that he had been duped.

Some progressives can probably make the case that this is figuratively similar to the 2010 mid-terms where the American people gave control of the House of Representatives back to the Republicans - a party whose policies are responsible for our presently poor financial state, a party who, despite its clarion cry of "jobs, jobs, jobs," has no concrete plan for job creation or deficit reduction, and a party who seems to want to waste time and attention in a futile war over Obama's health care bill and useless Congressional investigations instead of fulfilling their promises to the American people.

It's not that simple. One can't completely blame Fox News for the 2010 mid-term elections. There is enough blame for the Democrats and Obama himself to absorb a little.

But still, this version of Othello hasn't ended just yet. As long as Obama is in office, Fox News will continue to act as an imp seated on the shoulder of America, whispering in her ear, manifesting fears, and sowing doubts via ugly innuendo camouflaged as legitimate news with every intention of painting our President as a sepia "Manchurian Candidate."

My hope is that enough Americans will eventually recognize Fox News as the propaganda machine that it is and develop a tin ear to its vitriol.

But the way Fox News is going,  I wouldn't be surprised if some folks ended up using Obama as a boogeyman to get their children to behave.

That's what Fox News's goal seems to be. And there is something dreadfully wrong with that.

Posted by BlackTsunami at 4:33 AM 5 comments: