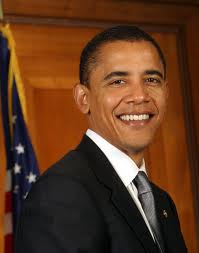 ﻿﻿﻿﻿In November ballot initiatives looking at marriage equality, President Obama has rallied to our side.


President Obama is weighing in with support for Referendum 74, which would legalize gay marriage in Washington state. Through a spokesman, the president urged voters to vote yes on the measure. “While the president does not weigh in on every single ballot measure in every state, the president believes in treating everyone fairly and equally, with dignity and respect. Washington’s same-sex marriage law would treat all Washington couples equally, and that is why the President supports a vote approving Referendum 74,” said Paul Bell, the Washington and Oregon press secretary for Obama For America.


President Barack Obama is throwing his support behind Maine’s ballot question seeking to legalize same-sex marriage. Mainers United for Marriage, the group leading the campaign in favor of gay marriage, says the Obama campaign’s regional press secretary issued a statement Thursday giving support to Maine’s gay marriage referendum on the Nov. 6 ballot. Obama last May announced his full support for the right of same-sex couples to wed, serving as a rallying point for gay marriage supporters. But until Thursday, he hadn’t expressly given his support to Maine’s ballot question. Matt McTighe, campaign manager for Mainers United for Marriage, says his group is grateful for Obama’s support

“While the president does not weigh in on every single ballot measure in every state, the president believes in treating everyone fairly and equally, with dignity and respect," said Obama for America spokesman Frank Benenati.

"Maryland’s same-sex marriage law would treat all Maryland couples equally, and that is why the president supports Question 6.” President Obama's support is definitely welcome. It's nice to hear the voice of not only the President, but a high-profile African-American supporting marriage equality. 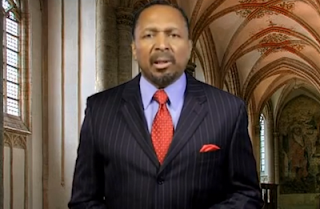 Their minds are perverted, they’re frankly very sick people psychologically, mentally and emotionally and they see everything through the lens of homosexuality. When they talk about love they’re not talking about love, they’re talking about homosexual sex. So they can’t see clearly. Jesus said ‘when the eye is dark the body is full of darkness.’ Let me come back to this whole issue of their using the black community because here again some of the most vicious attacks ever leveled against any black conservative or black Christian for that matter has come out of the homosexual community. . . . This is what they do, they lie because they need—look, I am convinced of this, this is not ultimately about civil rights, it’s not ultimately about not being bullied or being tolerated, this is ultimately about legitimacy. They need it because inside they don’t have it and they’re hoping that if the can ultimately get everybody to approve then they’ll finally feel satisfied that this is really okay but the reality is they’ll never feel satisfied because in their heart of hearts there will always be that place that God put there that says this is wrong, it is immoral, it is perverse, it is degenerate, and there is nothing they can ever do to overcome that so they got to try to change the culture hoping that it will make them feel at peace.

But he wasn't done yet:


It’s a very sad situation that people who have been hurt and wounded, instead of seeking deliverance from it, they perpetuate that wound and they transmit it to others. This is why I am absolutely convinced that they want to inculcate youth with the idea that homosexuality is okay, I think what they’re often doing is repeating what has happened to them because it’s been introduced usually at a young age and early on in their lives and they want to do the same thing to others. So other than being a force for helping people to avoid it and to be delivered from it, they have instead become a force for trying to introduce it to young people the same way they were introduced and it’s really tragic. Look, they claim that we hate them and there is nothing we can do to persuade them otherwise because if you don’t go along with what they want to do they’re going to label you as a hater. But if they could see into our hearts and see the love of God that we have for them and the desire to see them set free they’d have a whole new picture but they simply can’t see it because they’re spiritually darkened. . . . I don’t have any data or study to give a definitive answer to this but I can tell you based on anecdotal observation and experience, I’ve heard a lot of young black ladies that a lot of young black men seem to be gay. I’ve heard them complain about it, they say ‘so many of these guys are homosexuals’ and they are frankly frustrated by it because they’re saying these are often nice looking men, they look like they can build a life for themselves but they’re not interested in a marriage to a woman, they’re interested in being with another man. There’s something that is going on in the community and I think fatherlessness has contributed to it greatly because if you haven’t been loved by your father, just like young ladies do, young men can do the same thing. They can make the mistake, particularly if they are recruited into it, they find a man who will love them and give them what they’re looking for but sexualize them then they end up for the rest of their lives end up looking for love in all the wrong places.


I ask you. Just what can you add to the ramblings of a crazy man?

Posted by BlackTsunami at 3:31 PM 5 comments:

Contradictions from the anti-Question 6 campaign -  The Baltimore Sun calls out ugly homophobia in Maryland. Let that be a lesson. When you compare gays to pedophiles, those who engage in bestiality, and also say that gays are worthy of death, don't do it in front of the media.

Foster Kids Do Equally Well When Adopted by Gay, Lesbian or Heterosexual Parents, Study Suggests - Of course we knew this already, but it's always good to hear it again. 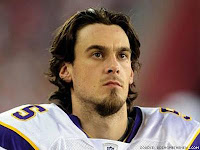 I LOVE this ad from Minnesota Vikings Chris Kluwe which speaks against Minnesota ballot initiative to outlaw marriage equality in the state. It's funny, to the point, and most of all, puts those seeking to push this nonsense on the defensive:

Posted by BlackTsunami at 4:40 AM 5 comments: