Bobby Jindal Is Disappointed GOP Governors Backed Away From Religious Freedom Laws So Quickly - In an attempt to gain the favor of social conservatives for his possible presidential run, LA Gov. Bobby Jindal is careening towards disaster.

Ted Cruz Introduces Anti-Gay Bill Spearheaded By Radical Activist - And he is not the only elected official careening, thus proving how much influence anti-gay activists hold.

Tony Perkins: Impeach Supreme Court Justices Who Rule For Marriage Equality - Poor Tony. He is becoming a mockery.
Posted by BlackTsunami at 9:11 AM No comments:

Homophobic insanity of the American Family Association explained in one picture

If you need to demonstrate just how insanely homophobic the American Family Association is in one minute or less, just show the following picture: 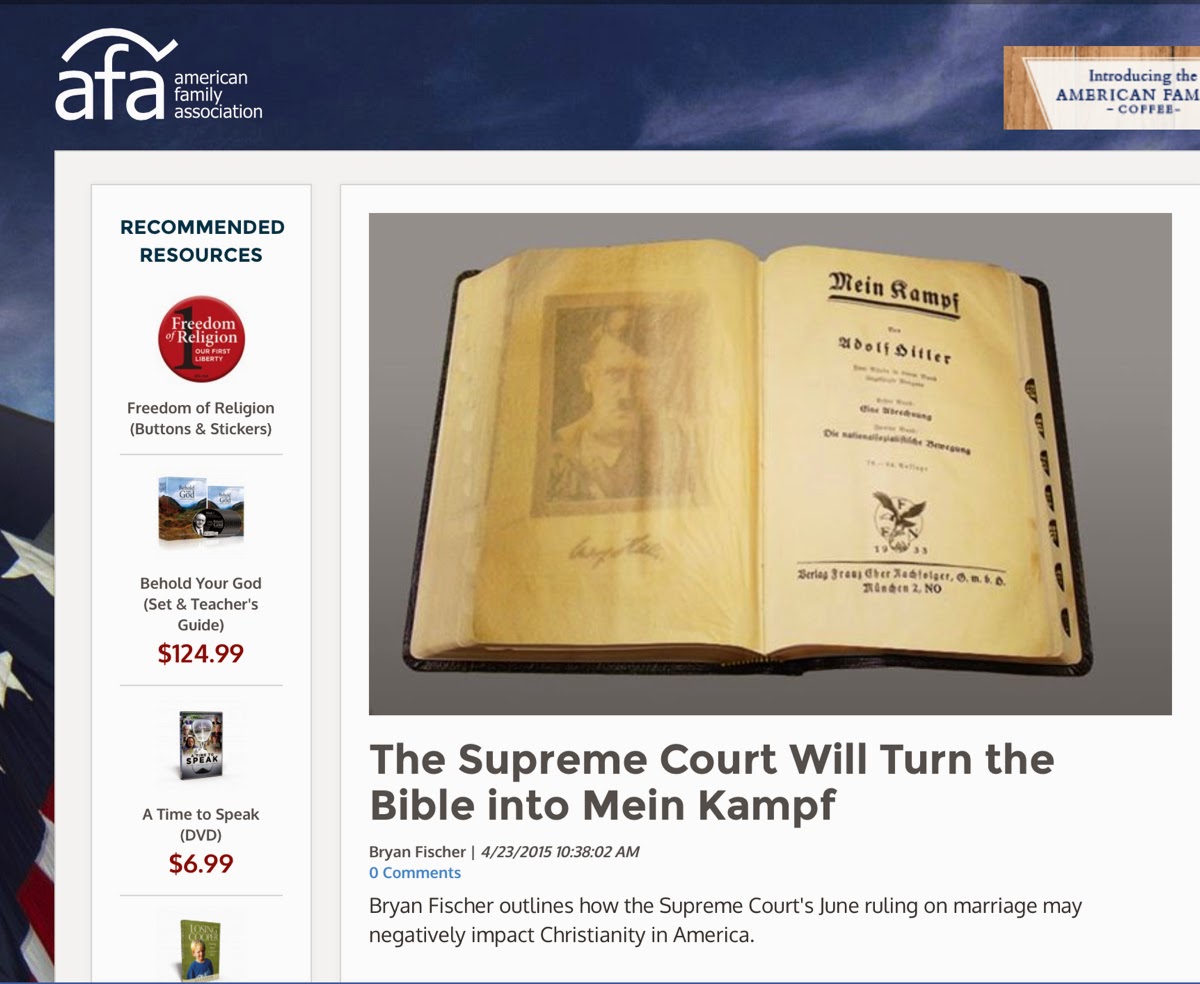 AFA claims that the Supreme Court will usher in a targeting of Christians if it should rule for marriage equality later this year. That nonsense doesn't even DESERVE a refutation, but I will say this:

I wish these folks would stop comparing lgbts to Nazis. It trivializes a terrible moment in history and it's not even logical.

I don't think the progression of lgbt equality was something Hitler EVER had in mind.
Posted by BlackTsunami at 4:51 AM 1 comment: