It’s altogether right for Michael Sam to shower by himself - Bryan Fischer of the American Family Association weighs in on the Michael Sam shower pseudo controversy and it's as bad as you would figure. But Fischer's words (on video which unfortunately he will not allow folks to embed) should be heard because it underscores his dishonesty. I mean no one in their right mind would compare mature adults in a communal shower with a man showering with girls. But then again, Fischer hasn't been in his right mind for years . . .

Daily Caller Column Blames Gay Service Members For Rise In Military Rape - And naturally the writer provides no proof of this. Of course there is proof that he is not accurate in his claims.
Posted by BlackTsunami at 9:00 AM No comments:

In keeping with the spirit of "Throwback Thursday," I thought I would post about something from way back in the day which is not necessarily a picture of myself per se, but a picture of myself and other lgbts as some folks see us. I've posted it before I figure why not post it again.

It's an ugly thing but very very necessary. 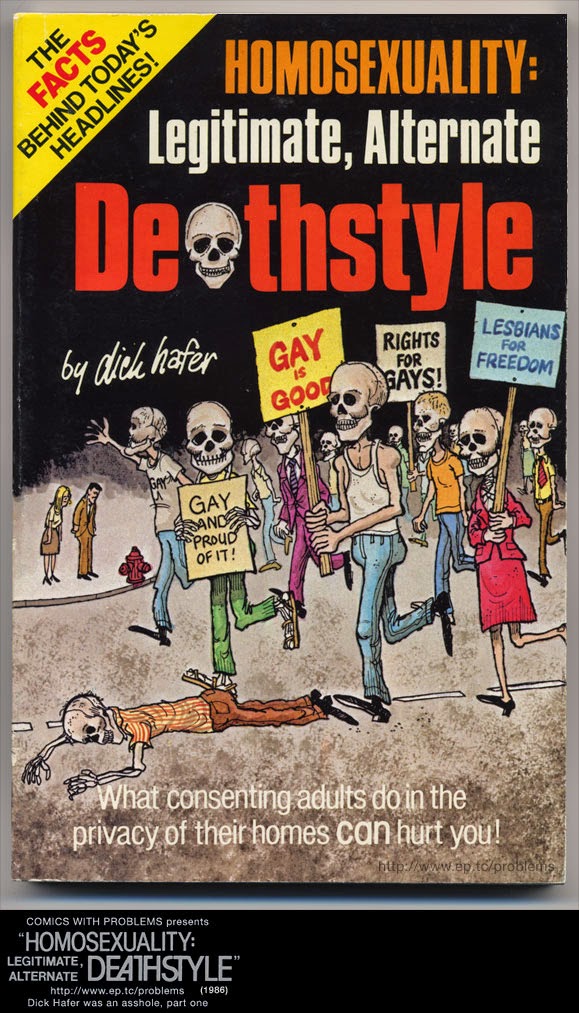 It is a representation of how far we have come and how far we have to go. You will recognize how some of the same arguments are still being used, although not as explicitly.

You can click on the pictures to get a better view of the pages - more are at the bottom (even though I don't think it's work safe). And if you want to see the entire comic (God help you) go here. The webpage featuring this comic is not anti-gay. It's a site that looks at "problem-based comics" from the past. 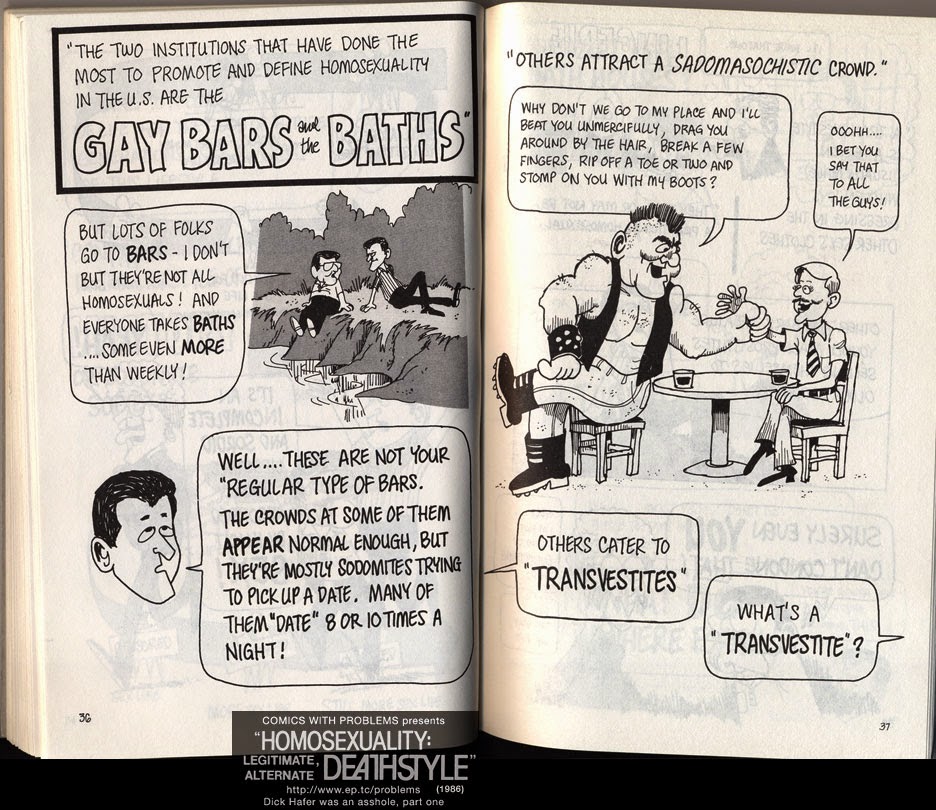