I'm probably only gay man in America who is not aware of this excellent show by MediaWeek Video.

Posted by BlackTsunami at 3:33 PM No comments: Links to this post

NYT: Gay Bashing Losing Appeal for GOP - It was just a matter of time. I wonder if the tea baggers will learn what the religious right is discovering. If I were them, I would get the GOP to put the money on the dresser before leaving.

Ugandan MP David Bahati Wants to ‘Kill Every Gay Person’ - Surprisng NO ONE of course.

Report: LGBT Youth and Smoking - Yes it's linked to stress and homophobia - a thing that the religious right will omit when they distort the data.

Posted by BlackTsunami at 9:05 AM No comments: Links to this post

Right-wing attack on Elizabeth Hasselbeck is the essence of hypocrisy 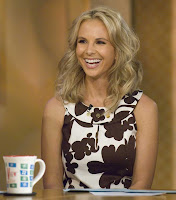 On the heels of her pitiful attempt to connect same-sex marriage to the plight of black students, Concerned Women for America's Janice Crouse has a new target for her ramblings - The View's Elizabeth Hasselbeck.

Hasselbeck's recent revelation that she supports gay marriage didn't exactly make Crouse a fan of hers. And Crouse manages to a dig at Miley Cyrus and Julie Andrews at the same time she goes after Hasselbeck:


"You can go all the way back to Julie Andrews up to [today] to Miley Cyrus," Crouse remarks. "You have all these people who win a reputation for being conservative and straight down the line in terms of morals and being the kind of person that mainstream America admires -- and then when they get famous, they have to back away from it and say 'Oh, that's not who I really am'...and Elisabeth Hasselbeck is just following in those footsteps."

. . . In the same Fancast article, Hasselbeck says she considers herself more of a federalist than a conservative "always trying to mandate the way to live."

"That's one of the things that I think characterizes the left," states Crouse. "They don't want there to be any authorities [or] boundaries or any demands on their own opinions.

"They want to be able to go in any direction they want to go, and for their word and their stances [and] their opinions to be the final thing -- and they've set up their own intellect as the ultimate authority rather than the Word of God, rather than the principles of conservatism."

Crouse's silly nonsense would be more credible if she, at the time she was making her comments, pointed out just who gave her the right to decide the parameters of morality and conservatism.  For a woman who makes her money on the illogical talking point that folks like her are constantly forced to change their opinion to conform to lgbt acceptance, Crouse's attack on Hasselbeck is high hypocritical.

Hypocritical, that is, to the normal person. But for Crouse, it's just another way to make a trip to the bank.

Posted by BlackTsunami at 4:44 AM No comments: Links to this post