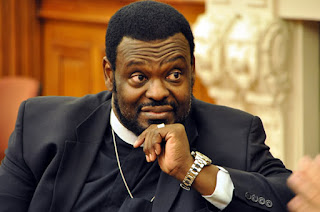 After the firestorm following the murder of George Floyd two weeks ago, one would think that that White House would be taking serious steps to talk about racial injustice.

No chance. A true president would lead the country in a serious look at racial inequality. But we were cursed with Donald Trump. His VP, Mike Pence isn't any better. What he did by comparison nearly makes Trump's lack of leadership look inspiring. On Thursday, Pence hosted a roundtable about race relations with black conservatives - ie black Trump supporters -  and one person invited justifiably raised eyebrows.

According to the Daily Mail UK  - by way of Right Wing Watch:

Black conservative activist Candace Owens was included in Vice President Mike Pence's roundtable on race relations Thursday, despite being criticized for calling George Floyd a 'horrible human being.' Pence tweeted out that he had met with some black Americans, explaining that the group had disussed ' how we can move our Nation forward in the wake of the tragic death of George Floyd and the protests and rioting that have ensued.'
Pence did not tag Owens in the picture, but did tag three black conservatives: Heritage Foundation President Kay Cole James, Center for Urban Renewal and Education founder Star Parker and Elroy Sailor, who previously served on the Trump transition team. A DailyMail.com request for comment and more details about the meeting went unreturned.

Lindsey Graham's Queer Predicament - There have been rumors about Graham for years. If they turn out to be true, I don't feel sorry for him or his privacy. Any closeted LGBTQ with any power who is using that power against their own people should be outed.

LGBTQ communities are elevating black voices during Pride Month in solidarity - It's about time.

Marque Snow could be the first LGBTQ person of color in the Nebraska Legislature - THIS would be awesome.

Posted by BlackTsunami at 8:48 AM No comments: