Conservatives would rather see LGBTQ kids dead instead of affirmed 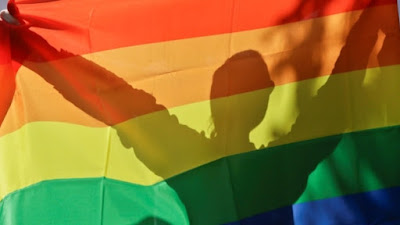 There are bunch of conservative individuals and organizations lurking about claiming to have the best interests of parents and children at heart. They claim to be working for the all-around safety and well-being of children, but their actions are having an opposite effect. All they are accomplishing is making LGBTQ kids less safe, more depressed, more in danger of violence and rejection, and basically less healthy.

In the past months, these groups and individuals (we all know who they are):

Republican lawmakers are banning affirming healthcare for trans kids in several states in spite of the research showing that it's a positive. They inundate the conversation with horror stories and semantical lies about children being 'groomed by pedophiles' and mutilated while their allies in places like Fox News and podcasts (hello, Joe Rogan) and far-right publications such as The Federalist hold one-sided debates designed to amplify the lies while stifling the voices of trans people and credible medical professionals. They work to deliberately miseducate people about the truth and complexities involving trans children and the care they need.

In Texas, the governor has gone after the parents of trans kids, branding affirming healthcare as child abuse and directing social service agencies to investigate the families, causing several of them to flee the state for fear of receiving the proverbial  'dreaded knock at the door.'

Again in several states, but this time under the guise of parental rights, lawmakers are cutting off resources such as books, and support from safe zones and teachers to LGBTQ kids in general. In fact, they are attempting to make school officials out these kids to their parents in spite of the possibility of violence and rejection. Under the guise of not talking to children about sexual behavior, they have undermined needed conversations and discussions about the existence of LGBTQ people and families in classrooms, as if these entities are anomalies instead of actualities of the daily American experience.

And now to top it all off,  several conservatives are now going after suicide hotlines, such as the Trevor Project, which are devoted to giving LGBTQ kids someone they can confide in.

They claim to be doing this for the safety of the child, but the outcomes have nothing to do with safety. It's more about boxing LGBTQ kids in a corner, cutting off any possible avenue of support while sending them the message that they are worthless and deserve to be hated. It's about attempting to create a self-fulling prophecy that being queer - particularly trans - is a "dangerous lifestyle" which should be condemned because no happiness comes from it.

In a proper society, there would be outrage at the targeting of children, but unfortunately we don't seem to live in a proper society. We live in a society where it's almost as if the witches and goblins of yore have left the gingerbread houses and the river's edges where they once lurked to lure children to their deaths. Their new stations is being authors of bigoted books, proprietors of podcasts spewing one-sided garbage, pundits on propaganda news services and far right publications, masters of fiery Twitter addresses maligning and slandering innocent parties, and basic - very basic - spokespeople for astroturfed groups with who pepper their names with terms like 'traditional,' 'morality,' or 'family.' All  working in coordination to fulfill the same goals of exploiting fear, amplifying terror, and justifying prejudice. All working to feed their misinformation into the minds of the gullible and programming them to go to school board meetings and public forums and cause general chaos, which serves to justify their attacks on LGBTQ kids.

That's the difference between yesterday's mythical ghouls and present day very real ghouls. Our ghouls are smarter. They don't go after all children. Just the 'right type' which no one seems to give a damn about.

Posted by BlackTsunami at 5:13 PM No comments: