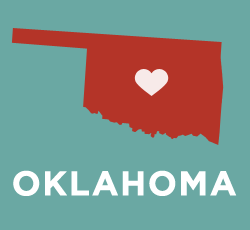 When some Oklahoma legislators began pushing a bill which they hoped would prevent marriage equality in the state, I knew it had a loophole.

But I didn't know the loophole was THIS big.

A bill overwhelmingly approved this month in the state’s Republican-controlled House of Representatives would allow only judges, retired judges and members of the clergy to issue marriage licenses, cutting county clerks out of the business.

Yet as the measure was making its way to the floor, a rush of same-sex marriage supporters applied to become ministers with the intention of registering as clergy authorized to perform weddings in the state.

“I registered so I could marry same-sex couples. I have the confirmation email. The Oklahoma County Courthouse site is very vague about the paperwork necessary to register,” said Rose Marie of Oklahoma City, who applied for her minister license online in February after the measure was first introduced.

This inquiring mind wants to know what Oklahoma state legislator, the very anti-gay Sally Kern thinks about this.

Whatever the case may be, I just HOPE this is only the beginning of THIS controversy.  Any retaliation from Kern and company will swiftly move this issue from one of marriage equality to one of religious liberty.

Only they won't be in the position to portray themselves at the victims.

Posted by BlackTsunami at 3:10 PM 2 comments:

Barber: 'Ben Carson Is Dead In My Eyes' After Apology For Anti-Gay Comments - Because of his apology for that ridiculous comment using prison as an excuse to claim that homosexuality is a choice, Ben Carson is catching flack big time. Anti-gay spokesman Matt Barber says Carson is "dead in my eyes." Apparently someone besides myself has been watching too many mobster documentaries.

Erick Erickson's Campaign For A Draconian Anti-Gay Law In Georgia - Somebody put a muzzle on this viking. But the article points out a good point which the next news brief will hit on in further detail.

The Religious Right Operative Who Helped Write Utah’s Nondiscrimination Law - Just how many anti-gay laws past and present have sprung from the board rooms of anti-gay groups. This is not a precedent. Long-time anti-gay activist Robert Knight helped to write the viciously anti-gay DOMA decades ago.

Michigan May Allow Adoption Agencies To Refuse Service To Gay Couples - And speaking of one of these anti-gay laws . . . I've been accused at times of being sadomasochistic (because of how I dive headfirst in anti-gay dogma and propaganda for this blog), but even I object to any entity being allowed to freely take my tax dollars while discriminating against me and claiming that "it's for the children."
Posted by BlackTsunami at 9:08 AM 1 comment: