Even though a lot of folks don't seem to be hip to the Alliance Defending Freedom's war on LGBTQ America, its nice to see the work of the folks who are hip to the hate group:

The No Gays Allowed campaign unveiled its third billboard highlighting the Alliance Defending Freedom’s (ADF) war on LGBT people this week focused on ADF’s lone support for the practice of conversion therapy. The billboard spotlights ADF’s support for a practice that is deemed “unfair and deceptive” by medical professionals and respected organizations focused on protecting our youth. The billboard points viewers to ImADF.org, where they can learn more about ADF’s history of supporting conversion therapy, defending workplace discrimination against LGBT people, and advocating against anti-bullying protections for LGBT youth.

So why does Alliance Defending Freedom think conversion therapy is okay?


“Alliance Defending Freedom is on the wrong side of history when it supports conversion therapy, which remains one of the most egregious acts against our community.” said Caleb Cade, spokesperson for the No Gays Allowed campaign.

“Conversion therapy does just what the billboard says, it harms kids, just ask any of these expert organizations.” The new billboard comes on the heels of the No Gays Allowed campaign launch late last year, putting ADF on the defensive.

You can learn more about the Alliance Defending Freedom and their anti-LGBT agenda at NoGays.org.
Posted by BlackTsunami at 5:08 PM No comments: 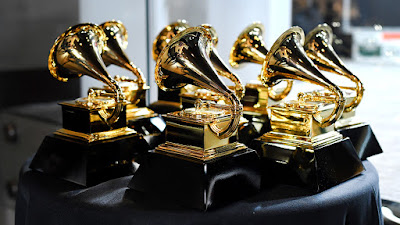 2019 Grammy Awards: LGBTQ women shine at 61st annual music event - From Janelle Monae to Lady Gaga. From Brandi Carlile to St. Vincent to Kacey Musgraves. Was there any doubt who stole the show at the Grammys this year?

‘I’m Gay’ Uttered on Disney Channel for First Time in Groundbreaking Episode of ‘Andi Mack’ - Yes this is a huge deal. Our kids are watching.


Watch Queer “Family Feud” Contestant Shock Steve Harvey With Perfect Answer - Seemingly innocuous incident which underscores just how America does not talk about the reality of gay families and how the anti-LGBTQ industry count on that to render our families invisible.

ICE confirms 45 transgender women being held at Texas detention center - This right here is some mess.