There are those who once claimed that playing a gay character would destroy an actor's career. Even in light of the suppose new open-mindedness in Hollywood, some still believe this.

However, not to many people remember that even at the time when this could have been seen as true, there was an exception to this rule - Daniel Day-Lewis.

In 1985, four years before he won his first of three Oscars for Best Actor (which is an Academy Award record),  Lewis portrayed a gay man in a movie which I personally thinks still holds up even to the stuff out today.

My Beautiful Laundrette was  comedy-drama set in London during the Margaret Thatcher era. It tells the story of a British Pakistani young man (Gordon Warnecke) who hopes to make a success out of a rundown laundrette.  There are tensions with right-wing Londoners who don't like Warnecke's ethnicity. Amongst them is a man he recognizes as an old school mate (Daniel Day-Lewis).

My Beautiful Laundrette is a refreshing movie in that it treats a gay relationship with no pretension at all. It also presents the tension between British Pakistanis and right-wing Londoners without any shred of apology or moralizing.

Best of all - and folks hate me for doing this but I feel that lgbts should know when movies pertaining to us have happy endings - it all works out for Lewis and Warnecke. In spite of the fact that they have to hide their relationship from Warnecke's parents and Lewis's friends (who would probably kill Lewis if they knew that he was gay), there is a happy ending. It's not one of those stand up and cheer moments.

Rather, it's a nice and quiet acknowledgement of the simplicity of love. 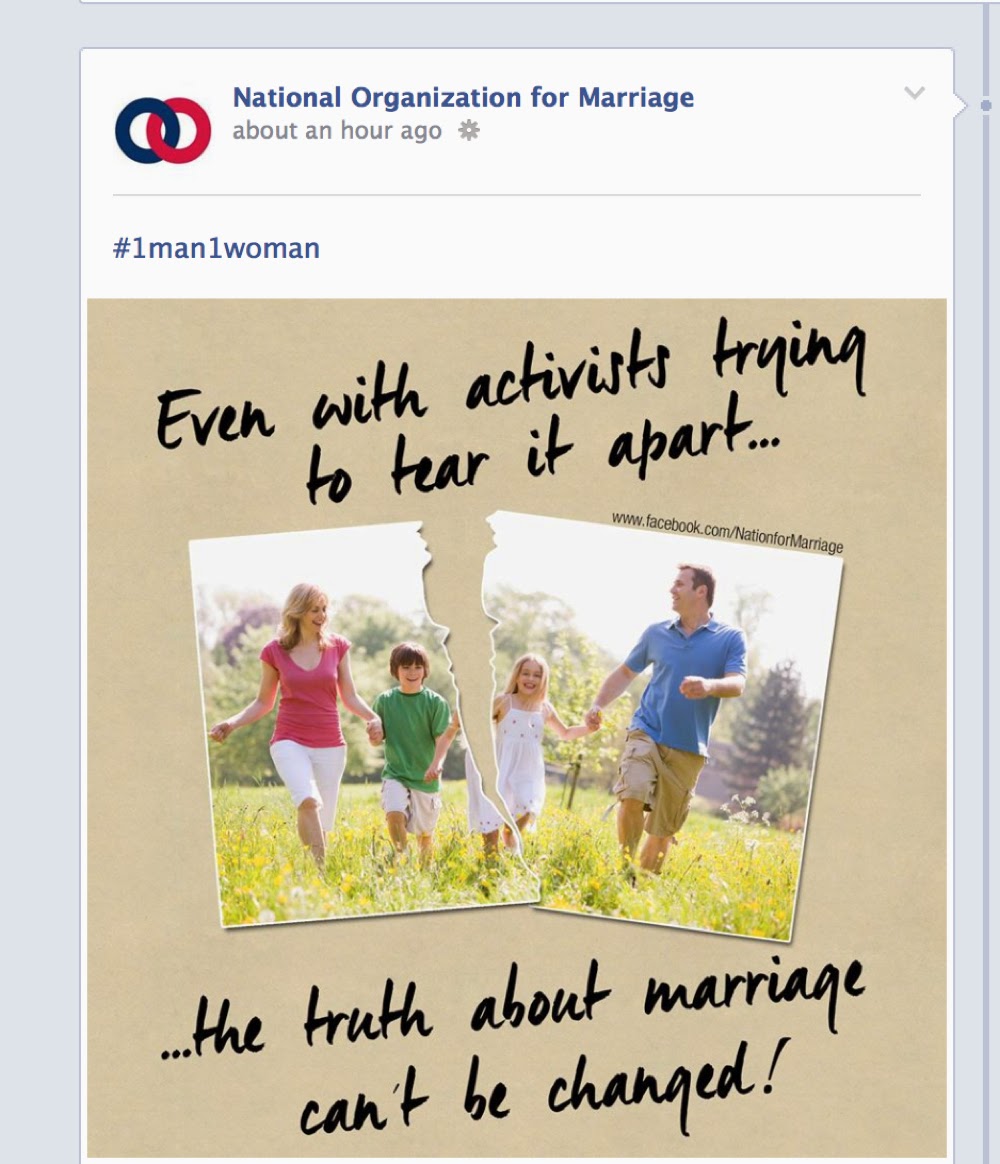 No matter how they attempt to twist it, it's nasty images and claims like above which is a main reason why organizations like NOM is losing in their war against marriage equality and lgbt families. Desiring a family and the taking care of children is not a competition between the lgbt and heterosexual community. It's a simple fact that all of the false talking points and junk science can't erase.

The State of Black LGBT People and Their Families - Cause you just KNOW that neither Roland Martin nor the rest of the heterosexual black media will talk about this crucial issue.