Like I've said many times before, it's not enough to call the Family Research Council bigots and a "hate group." You have to go into detail, like Wired magazine does in this wonderful article, Trump’s Transition Team Is All Tied Up With Anti-Gay Pseudoscience:

The Family Research Council isn’t content to oppose homosexuality on religious grounds; instead, it uses pseudoscience to give its homophobia a flimsy veneer of objectivity. And it could wind up shaping the incoming president’s policies.

. . . That the FRC has found its way back into a position of influence over the presidency shouldn’t come as a huge surprise. The group has been making political moves since the early 1980s. Since then, it’s grown to become the most successful progeny of an effort among social conservatives to move the basis of their policy recommendations away from Scripture and toward sociology. Not that legitimate sociology is where the FRC has arrived. Rather, the group is to homophobia what the National Policy Institute is to the alt-right—a bland, respectable-sounding, quasi-academic front for a hateful, regressive ideology. It comes packaged in a way that looks like real science but is really just cherry-picked data stitched together to serve its agenda.

. . . The papers the FRC produces often purport to be meta-analyses—studies of studies. Rather than compiling an accurate synthesis of mainstream scientific inquiry, however, the group mis-contextualizes data to arrive at a desired conclusion. This technique is how the FRC manages to link homosexuality to, among other things, pedophilia and shortened lifespans, despite strong scientific consensus to the contrary. When the group is not twisting mainstream scientists’ numbers, it’s citing organizations such as the American College of Pediatricians, which sure sounds like the American Academy of Pediatrics but is actually a far-right breakaway group with only 200 members.

It’s pretty much the same story with the research FRC produces itself. “The FRC’s research is just a giant exercise in selection bias,” says Philip Cohen, a sociologist at the University of Maryland. “If being rich makes you more likely to be married, a study that says being married makes you rich will always find that result.”

The FRC has mis-designed many sociological experiments. If you want to study whether children fare better emotionally when raised by heterosexual or homosexual married couples, as FRC purported to do, you would need to make sure all conditions besides the parents’ sexual orientations were the same in order to truly compare them. Instead, the FRC study mostly looked at children of same-sex couples that weren’t married, had pre-existing emotional troubles, and were the offspring of previous marriages that ended when one parent came out. The FRC’s findings don’t even pass a basic scientific smell test, according to the American Sociological Association. What’s more, the group’s work isn’t peer-reviewed.


If there is any time a wake up call is due for the lgbt community, it is now.  It's time we stop playing FRC's game and put them on the defensive for a change It's long overdue.

Related post - .16 reasons why the Family Research Council is a hate group

Hat tip to Right Wing Watch
Posted by BlackTsunami at 3:29 PM No comments: 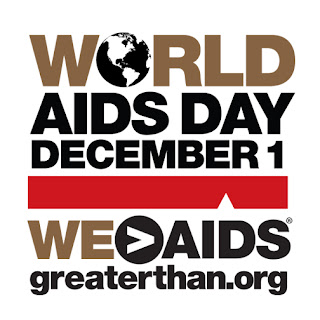 Powerful video shows how far the world has come in HIV treatment - Today is World AIDS Day. It's not a sad day but a bittersweet one. Let us remember those we have lost, those who are touched by this situation, and above all, let's celebrate our universal capacity for strength, resilience, and love.

These Posters Vividly Document The History Of The HIV/AIDS Epidemic - And let's not forget history.

Trans students sue school district which bans them from using certain bathrooms - Good going, kids! Stand up for yourselves. I support you fully.

Family Research Council creates false persecution controversy & defends white supremacist enabling publication - Reposting last night's item. Not only is the Family Research Council attempting to create a new so-called victim of "gay persecution," but at the same time, the group trying to shield white supremacists from criticism in order to protect it's "investment" of Donald Trump.

Man Pleads Guilty for Role in Same-Sex Parental Kidnap Case - It's been a long time, but we haven't forgotten about the Lisa Miller/Janet Jenkins case.

Michael Brown: Christians Who Accept Same-Sex Marriage Spread ‘Poison,’ Should Not Be Welcomed Into The Church - Just when did God give Michael Brown the right to decide who should be allowed in "the Church?"
Posted by BlackTsunami at 9:12 AM No comments: