Family Research Council exploits religion, homophobia to side with the NRA against Delta Airlines


Yesterday, I wrote about how the American Family Association is pushing an inane solution to the problem of gun violence in schools. Today, I am sad to report, the Family Research Council has sunk even lower. The hate group is attacking an organization attempting to lessen the violence and has involved the LGBTQ community in its attack.

Delta Airlines is in the middle of a huge controversy because recently it announced that it was ending a discount program for National Rifle Association (NRA) members. This action was done because of the recent Florida school shooting and activism by the survivors of that tragedy pushing for gun control laws. The NRA has vehemently opposes this, therefore it and its supporters have been pushing back rather aggressively.  Due to this, Delta and other companies have announced that they are breaking ties with the NRA.

But Delta seems to be getting a large part of the backlash for this announcement, particularly in Georgia. The Lt. Governor of that state, Casey Cagle, threatened to kill legislation giving Delta tax breaks unless it reinstate ties with the NRA.

While there is a serious back-and-forth going on about the legality and ethics of this threat, the Family Research Council has stepped in to attack Delta, making it seem as if the company is bullying Georgia and the NRA by throwing in a little homophobia and "religious liberty."

Read more »
Posted by BlackTsunami at 4:26 PM No comments: 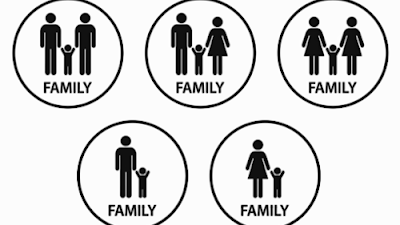 Hollywood Stars, Producers Call For Georgia Boycott If Anti-LGBTQ Law Passes - I like the idea of Hollywood boycotting Georgia if this awful bill becomes law. But I wish the media would focus on others who are also calling for a boycott because the religious right will definitely push the "Hollywood weirdos vs. normal folks" angle. This would take away from the real point of the matter which is saying that adoption agencies who use LGBTQ tax dollars shouldn't have the right to discriminate against LGBTQs for any reason. And that there is nothing wrong with a child growing up in a same-sex household.

Why LGBT rights groups are worried about Georgia's Keep Faith in Adoption and Foster Care Act - More about the awful bill in the above news briefs, plus this little point not mentioned in the article - regardless or not this bill is successful, one has to wonder if it's the start of a religious right tactic of keeping our community from fostering and adopting. If this is so, let's call it for what it is. Our opponents would claim that these bills are for the children, but we know that's a lie. It's all about discrimination. The facts are on our side and if this becomes a huge fight, we need to get the narrative on our side, too.

In a first, openly transgender recruit signs contract for U.S. military - Another reminder that Trump's attempted trans ban is bupkiss. If transgender men and women want to serve in the military, let them.


Hawaii court rules ‘Christian B&B’ can’t use religion as a weapon against gay couples - Another wonderful ruling by the courts.

What are the challenges for getting gay men at risk of HIV to take PrEP? - One problem is fear of "slut shaming." "Slut shaming" is an awful thing to do because there is nothing wrong with a healthy sexual appetite. Hell, my problem is that I don't get any.