According to Media Matters, NPR is expressing regret for not properly identifying the Family Research Council's Peter Sprigg when he took part in a debate on same-sex parenting last week:

After NPR's The Diane Rehm Show hosted a spokesman from a notorious anti-gay hate group during a discussion of same-sex adoption, NPR's ombudsman admitted that the show erred in failing to properly identify the group.

On the December 10 edition of NPR's The Diane Rehm Show, guest host Melissa Ross interviewed Peter Sprigg, Senior Fellow for Policy Studies at the Family Research Council (FRC), to discuss legal battles over parenting and adoption rights for same-sex couples. While the Southern Poverty Law Center has listed FRC as an anti-gay hate group since 2010, NPR didn't identify Sprigg as a hate group spokesman, and Sprigg used the platform to peddle misinformation about LGBT equality.

In a post responding to criticisms of the segment, NPR's ombudsman Elizabeth Jensen joined Diane Rehm in acknowledging that the show erred by "not us[ing] a clear identifier" for Sprigg. Rehm admitted that she has "to do a better job of being more careful about identification":

Media Matters wrote that NPR (which distributes the show but does not produce it) gave Sprigg "a national platform to peddle misinformation about same-sex parenting." The organization Faithful America also sent an email blast that said: "Tell NPR: Don't let anti-gay hate group speak for Christians." In the last 45 seconds of the program, as Ross was focused on wrapping up, Sprigg said that "most orthodox Christians" believe that "engaging in homosexual conduct is contrary to the will of God," a claim that depends on the murky definition of "orthodox Christians." (See this May 2015 Pew Research Center poll looking at Americans' attitudes over whether their religious beliefs are in conflict with homosexuality.) But as I read the transcript, the show's other guests forcefully pushed back against Sprigg's other claims at pretty much every turn.

I asked Rehm about the guest booking. Her view (with which I agree): "I certainly don't see that there's a problem having someone like that on the program." Where the show erred, she said, "was we did not use a clear identifier [for Sprigg] other than the title of his organization." She added, "We have to do a better job of being more careful about identification."


Of course, the saving grace of the entire situation is how Sprigg's distortions about same-sex parenting were exposed by genuine experts during Rehm's show. Still, proper identification of Sprigg and FRC doesn't hurt. Neither he nor his group have any business being passed off as genuine experts on anything about the lgbt community.

Those times anti-gay groups were caught lying about science and lgbts . . .
Posted by BlackTsunami at 3:12 PM 2 comments:

Kansas Official Accused of Antigay Bias in Adoption - More details. It was bound to happen that this scandal would center on one scapegoat.

Martin Shkreli, detested pharma CEO who jacked up price of AIDS pill, arrested on securities fraud charges - No comment. I think that all of the talks about "karma" and "kismet" and the very very unnecessary jokes about prison rape (it's not funny, people) says it all.

If It's Hard to Picture Legal Anti-Gay Witchunts, Watch This Movie About Cameroon - Difficult to watch but VERY necessary.
Posted by BlackTsunami at 9:11 AM No comments: 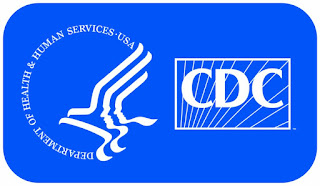 In the hands of the anti-gay right, a study created to help the lgbt community has become a weapon against it. According to the phony news site, One News Now:


After conducting an extensive study on homosexual behavior, the Centers for Disease Control (CDC) reports that those involved in such lifestyles experience a far greater amount of violence from one another than those in heterosexual relationships.

CDC’s National Intimate Partner and Sexual Violence Survey is a first-of-its-kind study geared to determine the difference between the victimization of men and women by sexual orientation. The results show that men and women involved in homosexual behavior undergo much higher rates of sexual violence than men and women who are heterosexual. Surprising to many, homosexual women experience more violence than men. According to the study, a whopping 44 percent of lesbians were either raped, experienced physical abuse, and/or were stalked by their intimate partners during their lifetime. Even more shockingly, 61 percent of bisexual women endured such violence from their partners.

One News Now does, for a time, give objective reporting here. However the title of the article, CDC report: Homosexual lifestyle extremely violent, gives an indication as to what direction the article will end up. And after reporting the above facts, One New Now steers the article in the "homosexuality is a dangerous lifestyle" angle:

Refuting many of the claims by LGBT activists that homosexual behavior is a natural biological condition, the CDC report found that a large percentage of homosexual transgenders and bisexual women experienced sexual violence during their childhood years, which could have likely resulted in their choices in adulthood to adopt a homosexual lifestyle. Even though the government agency would not make an official determination that such early exposure to sexual violence was the cause of men and women ultimately choosing to engage in homosexual behavior, the statistics themselves appear to point to such a connection.

But at no time did the CDC report blame the so-called "homosexual lifestyle" for the violence.  In fact, the CDC makes no judgement on any of the sexual orientations of the perpetrators in its report, unlike One News Now, which was so quick to point the finger of "unclean" at the lgbt community, while not attacking heterosexuals for the amount of violence in their relationships.

The fake news site merely took CDC numbers and extrapolated a false dichotomy against the lgbt community, i.e. the notion that homosexuality is unnatural because gay and bisexual relationships are fraught with violence; something which the CDC never even stated. Furthermore, One News Now omitted that fact the data here is from 2010. It also omitted that this report is a facet of a larger group of CDC reports,  Injury Prevention & Control : Division of Violence Prevention, which also looks at other issues, such as Elder Abuse, Global Violence, and Child Maltreatment.

The sad irony is that the way One News Now twists the CDC report could play a role in future problems with reporting violence in gay and bisexual relationships. By stigmatizing the victims for being gay or bisexuals, rather than assessing the incidents objectively, the false news site creates an atmosphere which would make it difficult for victims to report the incidents and also for the CDC and other organizations to create ways to combat it.
Posted by BlackTsunami at 5:09 AM No comments: