Holy Bullies and Headless Monsters hits a milestone! 7,500,00 hits and counting! But what comes next? 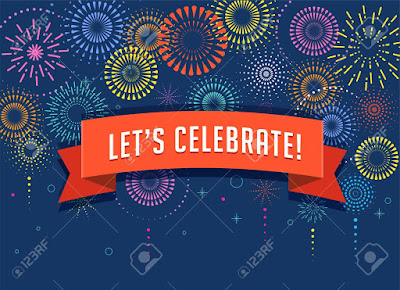 Congratulations to my lovely blog because as of today, it has hit over 7,500,000 hits. Not bad for a part-time gig in which I make very little money off of.

And yet, I don't feel celebratory. I'm tired just a bit. But more about that later.

I began this blog in 2006 as a way of publicizing my book, Holy Bullies and Headless Monsters, as well as talk about how the religious right lies and distorts science to demonize LGBTQ people. I felt that this issue was not being covered as it should have been. The book, a self-published disaster, came and went. But the blog stayed and I stayed with it, reaching lots more people than I ever would have imagined and doing more than I could have ever dreamed with a book.

My blog allowed me forge alliances, wonderful friendships, and meet many, many famous people. I know I scared the hell out of former Sen/ Al Franken, but on the flipside I also helped to prevent Sen. Sherrod Brown from being the victim of a far-right set-up.

So many people opened doors for me (I will be forever grateful to people like Michael Rogers and Joe Sudbay), while others unconditionally embraced me for what I was trying to do (thank you, Monica Roberts. You will always be in my heart). And even more nudged me further up the road when during the times I seemed to have stalled (thank you, Pam Spaulding and Jeremy Hooper).

But taking all of that into account -  the little bit of notoriety and fame, the fun of the fight, the GLAAD Media Award nominations and one victory (oh come on, like you think I was actually going to not mention that) - I still am weary.

The White House installs an exhibit with LGBTQ artifacts & history for Pride Month - The first time, but hopefully not the last, this has happened.

Justice Alito’s Massive Concurrence in Favor of Expanded Religious Freedom May Have Scared Off Two Conservative Justices - Friday's Fulton decision was a small loss, but a larger victory for our community. And it seems that an anti-LGBTQ, highly biased judge may have helped.

VA moves to offer gender confirmation surgery to vets - I'm all for it.

Danica Roem's message to LGBTQ youth: 'You have to care' about politics - Preach!!

Posted by BlackTsunami at 9:35 AM No comments: