To 'Moonlight' from a black gay man - a BIG thank you 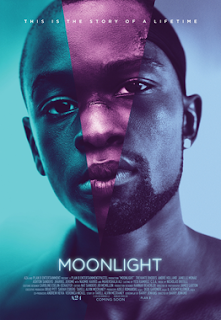 Everyone is talking about Moonlight's big victory at the Oscars last night, as well they should. However, I noticed that something isn't being said which NEEDS to be said. Therefore, let me give my two cents with a personal letter to the motion picture and it's makers:

To the director and producers of Moonlight,

Thank you so much for making this movie. As a gay black man, it has been difficult to see three-dimensional characters on television and the big screen who are just like me. I was so desperate, I would look at old Soul Train clips on youtube and make guesses about the dancers. Or the episode of New York Undercover featuring Joe Morton a former boxer who became a drag queen.

Because goodness knows, we need it. Seriously, we have come a long way and I feel that your film is a reward for all of the times lgbts of color have had to sit through some of the most disgusting, nauseating, stomach-churning, religion -questioning ( I think you know where I'm going with this) portrayals of us created by our own people, i.e. African-Americans.

I mean there's just so many

oversexed bisexuals, self-hating black gay men in prison who commit suicide so that their mothers won't find out their orientation, butchy rape enthusiast lesbians,  gay black male plane stewards with purple lip gloss, invisible high school characters who likes to wear flesh toned hot pants during prison visits, drooling gay men who get hot and bothered over seeing men hanging over hospital beds while wearing bloody diapers, hairdressers named Peaches, devious transgender women, specials on the "downlow," fake-ass authors who publish books on "how to spot if your boyfriend is gay," phony tv shows which offer a crusty, dried up olive branch in the form of AIDS education episodes between the mocking, and above all, sermonizing by certain gospel music programs featuring certain singers who happen to be gayer than a giant statue of Judy Garland

that I can take seeing before I get the desire to pull out my razor.

Granted, my comments are not meant to speak against the lgbts of color who don't fit the supposed norms because we are all God's children There is nothing wrong with  effeminate gay men or butch lesbians. Nor is there anything wrong with sex in general. It's just that I am so happy to see anything featuring us as the main subject and the center of attention rather than a side character who is treated like a condiment.

Because, honestly speaking, I am running out of episodes of Soul Train to watch.

Posted by BlackTsunami at 3:30 PM 3 comments:


The ‘Moonlight’ Best Picture Win Is A Vote For Inclusivity In Hollywood - Some have called 'Moonlight' winning Best Picture a perfect response for 'Brokeback Mountain' losing to 'Crash' in 2006. I say WOW! Us lgbts don't forget anything. LOL

Fox News’ Tucker Carlson says ‘Moonlight’ only won Best Picture because of political correctness - Dear Tucker Carlson, kindly #@!% yourself and the horse you rode in on.

Supreme Court Instructs Liberty Counsel to Refer to Transgender Teen Gavin Grimm as Male - The case has not been heard yet, but SCOTUS will NOT stand for any disrespect to Mr. Grimm. At the very least for now, this is a good thing.

‘Intolerance in practice’: Chris Cuomo shreds pundit for fear of transgender ‘genitals in your face’- The right-wing has been tearing at Chris Cuomo all weekend for his transgender-inclusive tweets. As this interview shows, Cuomo doesn't give a rip what they think. Good!

There Is A New Landmark Suicide Prevention Strategy For LGBTI People - Wonderful!
Posted by BlackTsunami at 9:11 AM No comments:

Editor's note - Moonlight's victory last night for 'Best Picture' at the Oscars was huge; so huge in fact that it's going to take a while for me to properly conceptualize how I feel about it. It was wild enough to finally see a movie which speaks to the experience of being a black gay man in America. Watching as said movie take a historical nod was just a bit more moving than I realized.

The lgbt community can't afford to let our guards down for even a minute during this Trump Administration. While he has yet to sign any anti-lgbt 'religious liberty' executive order, an official of his transition team, who is also a member of the anti-lgbt hate group the Family Research Council, told noted journalist Michelangelo Signorile that the executive order is coming:

Former Ohio Secretary of State Ken Blackwell, who has served as domestic policy chair of President Donald Trump’s transition team, told (Signorile) in an interview on SiriusXM Progress that the controversial “religious freedom” order that leaked to the press a few weeks ago is very much on the way, even though White House officials had played it down.


According to Signorile, the worst is yet to come:

. . . Blackwell, a senior fellow at the Family Research Council (deemed an anti-LGBTQ hate group by the Southern Policy Law Center), said in our interview at the Conservative Political Action Conference (CPAC) over the weekend that the order is far from dead. He also confirmed that the former director of Family Research Council’s Center for Religious Liberty, Ken Klukowski, had “actually structured” the draft order as a legal advisor to Trump’s transition team. Klukowski, who is now a senior attorney at the Liberty First Institute and a Breitbart contributor, is one of the lawyers “in the process of redrafting it,” Blackwell said, hinting that the original order may have been perceived as being too vulnerable to a legal challenge.

“In the final analysis, what we want is an executive order that will meet the scrutiny of the judicial process,” he explained. “If there is no executive order, that will disappoint [social conservatives]. But a good executive order will not. So we’re still in the process.” Blackwell envisions the “anchor concept” of the order as one that will allow people with devoutly religious beliefs to turn away LGBTQ people in the course of business.

“I think small business owners who hold a religious belief that believes that traditional marriage is between one man and one woman should not have their religious liberty trampled upon,” he explained. “I would imagine that that will be, strongly and clearly, the anchor concept [of the order].” (In an interview with me at the Republican National Convention in 2008, Blackwell had explained that he doesn’t view LGBTQ people as a class of people who are discriminated against, but rather sees homosexuality as a “compulsion that can contained, repressed or changed.”)


To recap - according to a member of the anti-lgbt hate group the Family Research Council, who is also working with the Trump Administration, a homophobic executive order will be forthcoming. And this order is being worked on by others connected to FRC to ensure that lgbts can't win in the courts should, or rather, when it is challenged.

Maybe it's just me, but this sounds like things are going to be "hopping" before the year is out.

And it's about time, too. I'm past ready to raise some hell.