AFTAH is dedicated to “apply[ing] the same single-minded determination to opposing the radical homosexual agenda and standing for God-ordained sexuality and the natural family as countless homosexual groups do in promoting their harmful agenda.” LaBarbera frequently debates homosexual issues on mainstream and pro-LGBT media, and has written for LifeSiteNews.

On Sunday, Facebook took down AFTAH’s Facebook page entirely, leaving only a “Page Not Found” message in its place as of the time of this writing.

Read more »
Posted by BlackTsunami at 3:42 PM No comments: 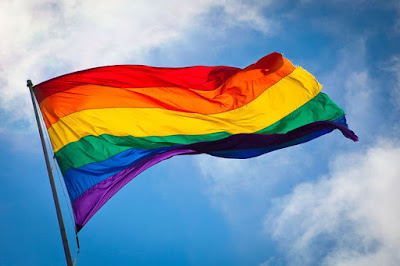 ‘You disgust me’: Christian parents cut off lesbian daughter after she refuses to leave college for conversion therapy - 'Christians parents' my black ass! And the situation got worse:

Friends raised money for a gay college athlete after her parents disowned her. Then the NCAA called. - The NCAA made the situation worse. She has an awful decision to make. I cannot perceive how people who claim to "love" would cause this situation to happen to their child simply because she is gay. But the sad thing is that this happens. A lot.

UPDATE from ThinkProgress - according to a statement from Canisius College - the NCCA will allow Scheck to retain her eligibility while receiving GoFundMe donations.  But still, those parents! My God! It just gets me angry!

House GOP Urges Trump to Remove ‘Inappropriate and Insulting’ Protections for LGBTQ Workers in New Trade Pact - One more month to go before the new House takes over and these folks just can't stop being homophobic.

New Report Details Ongoing Epidemic of Violence Against Transgender People - This SHOULD NOT be happening period, to nothing of the fact that it shouldn't be happening without anyone paying proper attention.