ExxonMobil Adds LGBT Protections - Lesson learned here. It took 17 years for this to happen and it finally did. Never give up.

Breaking: Sally Kern Withdraws Anti-Gay 'License To Discriminate' Bill - Unfortunately her two other bills, and Kern herself, remains in the legislature.

FRC prays for judges, governors, legislators to ignore marriage equality rulings - Cause apparently praying for an ending to war, poverty, and disease aren't as important . . .

Nick Teich's Story From The Let Love Define Family Series - A camp which helps our transgender and gender nonconforming children will always get support from me.

When Fox News Defended Bryan Fischer’s Anti-Gay Extremism - You really don't think that we would forget, did you?
Posted by BlackTsunami at 8:58 AM No comments: 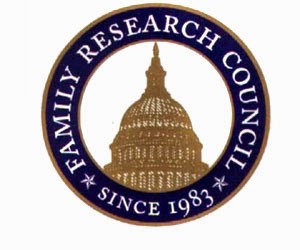 When it comes to these "religious freedom" bills, particularly involving clerks and government employees with regards to legal gay marriages, the Family Research Council's change of semantics is very telling.

On one hand, the group claims that marriage equality is dangerous because it pits a person's employment and livelihood against their religious beliefs:

"As more states are forced to redefine marriage, contrary to nature and directly in conflict with the will of millions, more Americans will see and experience attacks on their religious freedom.   . . .  As more and more people lose their livelihoods because they refuse to not just tolerate but celebrate same-sex marriage, Americans will see the true goal, which is for activists to use the Court to impose a redefinition of natural marriage on the entire nation." - October 16, 2014.


Yet when it comes to what we are beginning to see now - state legislators introducing bills to actually punish clerks and government employees for legally issuing same-sex marriage licenses, FRC isn't so concerned by people's livelihoods (emphasis on important part of FRC's statement added by me):

Where's the resistance to same-sex "marriage?" A better question might be: where isn't it? While the Left is busy telling the media that Americans have "moved on" from marriage, conservatives everywhere are proving them wrong. In several states, the backlash to the courts' overreach on marriage is sprouting up in legislative committees faster than reporters can cover them. Even the New York Times is finally admitting that the wave of opposition isn't subsiding in states where out-of-control judges swung their gavels like sledgehammers against voter-approved marriage laws.

By large numbers, leaders are firing back with all kinds of legislation to stop the spread of court-imposed same-sex "marriage" at their borders, including some bills that take aim at officials who act against the will of the people.

In Oklahoma, South Carolina, and Texas, Republicans are moving quickly on measures that would penalize any government employee caught issuing same-sex "marriage" licenses -- regardless of the courts' orders. - January 30, 2015


Shouldn't FRC be as concerned for the freedom and livelihoods of employees who may actually want to issue same-sex marriage licenses in accordance to their beliefs or, at the very least, or want to follow the law.

Or perhaps this idea of "religious freedom" is yet another dodge perpetrated by FRC and other so-called morality groups. Perhaps this is about what it's always been about  - keeping the lgbt community under heel via the exploitation of fear and religious beliefs.

This idea of the preservation of "religious freedom" is merely the latest code phrase.

In the 70s, they claimed to stand against lgbt equality because they wanted to "protect the children."

In the 80s, it was all about exploiting the HIV/AIDS crisis.

In the 90s, they screamed about "special rights."

And in the years afterward, it was about "protecting the definition of marriage."

Now, it's all about religious freedom; the newest buzzword used to mask old prejudices.

This ado isn't about religious freedom any more than it was about "protecting the children" or stopping "special rights" or "saving marriage."

It's about the unfortunate special ability to wrap up old rotten prejudices in new clean packages and continue to sell them to America.