I am amazed that with all of the chaos going on Trump's "not a Muslim well actually it is a Muslim" ban, the disastrous attempted elimination of the Affordable Care Act, and other things in this country where we do need genuine spiritual guidance, evangelist Franklin Graham is busying himself calling for a boycott of the upcoming live action motion picture 'Beauty and the Beast.'

Graham is upset because it will include a gay character. Oh horrors!

In all seriousness, if Graham wants to waste everyone's time with such silly distractions, he need not wait for the live action 'Beauty and the Beast' movie to come out. There are other fairy tales he can raise prudish hell over: 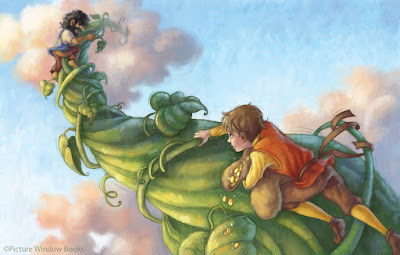 Jack and the Beanstalk - The original story has Jack breaking into the giant's castle and stealing several objects. Finally, the giant catches Jack and chases him to the beanstalk, but meets his death when Jack chops it down. Later remakes of the story eliminated the fact that Jack was a thief by creating a silly backstory which claimed that the stuff Jack stole actually belonged to his family. The backstory also revealed that the giant had initially murdered Jack's father. It's a win-win situation for Graham. He can raise hell claiming that the story teaches children to steal while labeling the changes as "political correctness gone amok." 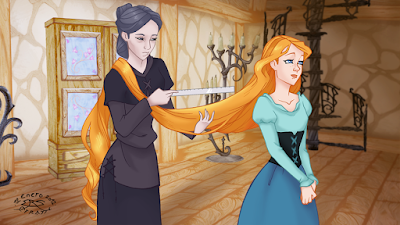 Rapunzel - The girl with the long hair trapped in a castle and visited by a prince while her foster mother (who is also a witch) is away. This could be a juicy one for Graham because the witch actually discovered that Rapunzel was being visited while she was away when the girl's, shall we say, belly "swelled." Don't be naive. What do you think she and the Prince were doing those long hours the witch was away?

And last but not least 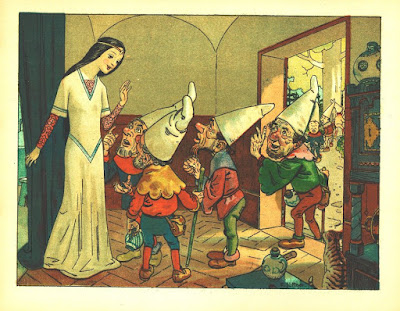 Snow White and the Seven Dwarfs - Come on? A teenage girl living in sin in the forest with seven older men? With seven little beds aligned close together? Come to think of it, weren't those dwarfs were just a little bit too close to each other before Snow White showed up? I would also mention the gruesome murder of the wicked queen at the conclusion of the original story, but I think Graham would actually approve of that.

And while we are on the subject, just what was the deal with Goldilocks and those three bears?
Posted by BlackTsunami at 4:55 PM 2 comments:


A Fox News Radio Anchor Is Headlining A Hate Group's Anti-LGBTQ Briefing - Texas government officials, a Fox News personality, assorted pastors, and anti-lgbt hate groups are teaming up to curtail lgbt equality. YET ANOTHER reason why it just isn't safe for the lgbt community to ignore those who are attempting to take away our rights. They aren't going away, especially with Trump in office.

This Little Boy Dressed Up As Audra McDonald For A School Project And She Loved It - Read this article in full and ask yourself what would have happened if this child's creativity was stomped upon rather than encouraged by his parents and school.
Posted by BlackTsunami at 9:23 AM 1 comment: