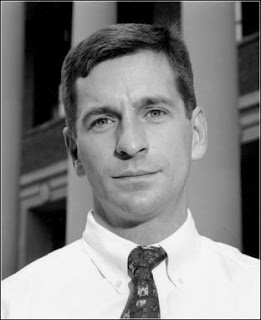 Fox News has just released its list of "stories that the mainstream media missed."

There are nine of them. All have the central theme of demonizing President Obama and implying that the "mainstream media"  are in cahoots with him

Naturally the situation involving Obama appointee Kevin Jennings is on the list:

President Obama's "safe schools czar," Kevin Jennings, is a former schoolteacher who advocated promoting homosexuality in schools and was forced to admit he had poorly handled an incident in which a student told him he was having sex with older men. Jennings has since been tied to a pornographic suggested reading list for 7th graders that was designed by the organization he founded and directed for over a decade, and dozens of members of Congress have called for his ouster.

And that, my friends, is a clever lie.

Fox News is referring to the recent psuedo controversies put together by the webpage Big Government, the anti-gay hate group Mass Resistance, and several other "entities" (I'm being nice) to smear Jennings.

Bear in mind, I said "recent."

You see the media did cover Jennings earlier last year, although I doubt Fox News would want anyone to remember this coverage. It was when the network and other entities were falsely claiming that Jennings contributed to the statutory rape of a child.

I am referring to the so-called Brewster incident in which a student confided in Jennings about an encounter he had with an older male. Fox News and its cohorts, hungry for more Obama appointee blood after the resignation of Van Jones, went after this tip with a huge amount of fervor, claiming that Jennings broke the law by not reporting what the student told him.

And their claims blew up in their faces.

The young man, Brewster, was of legal age at the time of the incident.

He provided a statement to Media Matters praising Jennings for his advice during that time of his life. He also provided Media Matters with his I.D. proving that he was 16 at the time of the incident. Sixteen is the legal age of consent in Massachusetts, the state where the incident took place.

By the way, Brewster also said that he did not have sex with the older male; a statement that everyone seems to forget.

Brewster's statement proved that Jennings did not contribute to any statutory rape of any form or type.

And the media did cover the entire brouhaha, including CNN:

Fox News even corrected the claim that Brewster was underaged:

But after this acknowledgement by the network, one of its talk show hosts, Sean Hannity, continue to smear Jennings:

Hannity "not convinced" of timeline conclusively debunking his smears of Jennings

So basically when Fox News says that the "mainstream media" missed covering Kevin Jennings, the news organization is lying. The media, including Fox, did cover the lies lodged against Jennings and found them to be lacking.

Just because members of the media (except for Fox News) took later attempts to smear Jennings for the nonsense they were and ignored them is not a bad thing.