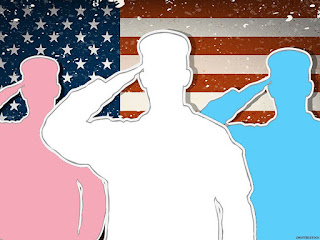 So that thing which was elected as head of this country in 2016 was in England this week for a visit with the royal family. In between lying about protesters and making an idiot of himself via a ridiculous twitter feud with Bette Midler, the thing - I mean - Donald Trump took special time out to lie about his ban of transgender men and women from serving in the military.

President Donald Trump defended his decision to ban transgender individuals from serving in the military during an an interview with Piers Morgan Tuesday evening, using false claims that contradict what his administration has argued in court.

The interview came during Trump’s state visit to the United Kingdom, one of 19 countries around the world that allow transgender people to serve openly in their armed forces.

“They take massive amounts of drugs,” Trump said, when asked to square his declared support for the LGBTQ community with his stance on transgender service members. “They have to … You would actually have to break rules and regulations in order to have that.”


ThinkProgress goes on to say Trump's statement was quickly refuted by Morgan. Trump doubled down and then began claiming that transgender military men and women take a large amount of drugs. But according to ThinkProgress:

The RAND Corporation study that prompted President Barack Obama to lift the ban in 2016 estimated that transgender health costs would reach approximately $8.4 million at most, a fraction of the military’s health care expenditures. A report from earlier this year also found that the military had only spent $8 million total since the ban was first lifted, treating more than 1,500 troops. In total, the military spends about $50 billion on health care every year.


Steve Benen of MSNBC also called out Trump's pitiful defense of his ban.

There are a couple of dramatic flaws in Trump’s underwhelming defense, starting with the fact that he’s contradicting his own team’s talking points. The administration’s argument up until now has been that the ban on transgender Americans serving in the military is needed to protect unit cohesion and morale among the other troops. Now the argument apparently has something to do with medications.

Which leads us to the other problem: Trump’s wrong about this, too.

The Washington Post spoke to a series of experts who concluded that the president doesn’t seem to know what he’s talking about.

“This statement is incorrect,” said Jane Schacter, an expert on gender and sexuality law at Stanford University. “Many members of the military use prescription medication, and it is made available to them worldwide. Hormone therapy, in particular, is prescribed, including to manage the gynecological needs of non-transgender service members.”

It’s also important to note that not all transgender people undergo gender reassignment surgery or take prescription hormones, so even if such prescribed drugs were prohibited, it wouldn’t necessarily mean transgender troops would have to be banned from serving. Trump’s comments seem to suggest that these drugs would be required for all transgender troops; they’re not.


This episode highlights the one thing so many of us find annoying about Agent Orange, I mean Donald Trump. He can't even lie on a competent level.

Posted by BlackTsunami at 4:09 PM No comments:


Boston has issued a permit for a ‘Straight Pride’ parade in August - It's gonna suck.

Editorial: My Stonewall Is Black - Preach!

Mayor who posted about 'killing out' gays has posted apology - He claims to have been taken out of context . . .


A news anchor came out on air & announced her engagement. Now her fans love her even more.- Kick ass!
Posted by BlackTsunami at 9:59 AM 1 comment: