The reason why the anti-LGBTQ, anti-choice evangelical right supports Donald Trump was given in 2010

Religious right activist Janet Porter (formerly Folger) (last seen making a fool out of herself for Roy Moore during his failed Senate campaign last year) gave the answer as to why conservative evangelicals give unwavering support to Donald Trump in spite of his incompetence, basic dishonesty, and downright inhumanity.

And, believe it or not, she answered this question in 2010. It comes down to one basic thing:

When this video came out back then, it was view as comical. In light of recent events, particularly Trump in the White House, his very cozy relationships with Porter's colleagues in the evangelical right, and Justice Kennedy's retirement, Porter's prayer sails from comedy to eerie.

The sad irony is that Porter is heavily involved in the anti-abortion movement. And that is even spookier in light of the fact that should Trump's pick for SCOTUS get confirmed, attempting to overturn Roe vs. Wade seems to be the first order of business.

Then it will our turn to be at stake. So what can the LGBTQ community do about it? What we have always done from Day 1 - fight like hell. But it's not just simply us or those who believe that a woman has the right to control her own body who needs to fight like hell.

We all need to ask ourselves what example does America want to send to the world - do we want to be controlled by a bunch of self-righteous religious fanatics?

Or do we want to keep our freedoms?
Posted by BlackTsunami at 5:08 PM 1 comment: 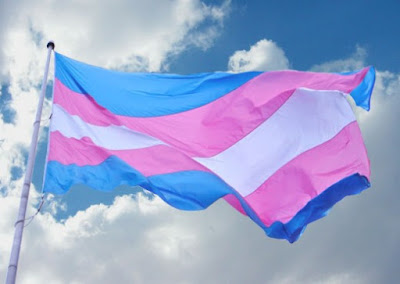 Ohio news station hosts the mother of a transgender boy to highlight dangers of anti-trans bill - You mean actually interviewing transgender people or supportive members of their family instead of bought-and-paid-for pundits or anti-LGBTQ talking heads with precise talking points? Why the very idea is so novel that it may actually give us a clear view of issues facing transgender Americans!

Meet ‘Mama Dragons,’ A Fierce Group Of Moms ‘Breathing Fire’ For Their LGBTQ Kids - Mama Dragons? I LOVE it!

Mormon Rockstar Releases Documentary on Helping LGBTQ Youth - I am in total support of this.


Anti-LGBTQ Campaign to Force Transgender Discrimination onto the Ballot Fails in Montana - Battles are still fought and won, regardless.

Here's What Pride In 2018 Looks Like All Around The World - Soak it in, folks. We are STILL badasses.
Posted by BlackTsunami at 9:17 AM No comments: