The Prancing Elites bring a breath of fresh air to both the lgbt and African-American communities.

I've never really been one for reality tv shows, but I can make an exception for the Prancing Elites. They are a wonderful group of talented guys who bring much needed diversity to the public faces we see in the lgbt community and also challenges the false idea of the uber masculine black men which unfortunately exists in African-American community:

"The Prancing Elites Project" follows a group of queer, black, gender non-conforming individuals from Mobile, Alabama as they navigate the nuances (and dangers) of being queer in the deep south while coming to live as their authentic selves. Made up of Adrian Clemons, Kentrell Collins, Kareem Davis, Jerel Maddox and Tim Smith, "The Prancing Elites Project" is a bold and powerful look at a group of queer people who are thriving in a part of America traditionally considered extremely homophobic.

. . .  "We are a black gay male and gender non-conforming dance team from Mobile, Alabama, and we're fabulous!" Clemons told The Huffington Post. "We were rejected in high school from auditioning for the dance teams, so we came up with our own group called The Prancing Elites. Here in Mobile, we struggle with a lot of discrimination because of who we are and what we do. Basically we stand to let everyone know it's OK to be who you are, and to feel comfortable in the skin you’re in. Also live your life for you, because honesty starts within yourself! We, The Prancing Elites, live to BUCK another day!" 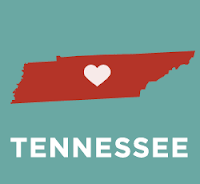 Tennessee Lawmakers Will Throw Poor People Under The Bus To Oppose Marriage Equality - Tennessee lawmakers want to pass an anti-marriage equality law which will not stand, but will cost the state's taxpayers $8.5 billion; money which partially  would be cut from the state’s health care program (TennCare), the Supplemental Nutrition Assistance Program (SNAP), and Temporary Assistance for Needy Families (TANF). Because Jesus said destroy gay marriage even if you have to starve poor folks in the effort . . . I think.

Republican Frontrunner For Montana Governor Has An Extreme Anti-LGBT Past - And he is trying to hide it. A millionaire funder of anti-gay hate groups just steps away from a gubernatorial office. Spooky as hell.

Australia’s “Embarrassing” Marriage Laws Exposed By Same-Sex Couple’s Honeymoon Tragedy - An awful tragedy made worse by ignorance. One half of a gay couple dies on their honeymoon, but Australia won't recognize the marriage.

Washington State Lawmakers: Transgender People’s Bodies Are ‘Security Concerns’ - The influence of anti-gay groups on state policy. A little notch we need to to tend to.

Jennifer Roback Morse: Leaving 'The Gay Lifestyle' Takes More Courage Than Coming Out - This sister is blowing an out-of-tune horn in a played-out band.
Posted by BlackTsunami at 9:05 AM No comments: