An online friend of mine showed me this article from the Religious News Service about the lucrative world of religious right law firms and how they make their vast amounts of money to fund their "religious liberty" lawsuits.

“There used to be broad, bipartisan support for religious liberty. That has sort of melted away now,” said Hiram Sasser, deputy chief counsel for First Liberty Institute. Alliance Defending Freedom did not respond to multiple interview requests. By pairing religious freedom law with their moral agenda, Christian conservative legal organizations have hurt religious liberty’s reputation, Laycock said. “A claim that abortion or same-sex marriage should be illegal for everybody is not a religious liberty claim. It is a claim that conservative Christian morality should be imposed by law on everyone else,” he said.

However, linking cases with moral concerns is a powerful political and fundraising strategy. When selecting cases, the firms consider whether an issue will play well in the press and catch the attention of potential donors, Bennett said. “They’re looking for cases that set a precedent and earn them a little money in terms of fundraising,” he said. The groups profiled in “Defending Faith” bring in anywhere from $300,000 to $48.3 million in annual revenue, according to Bennett’s research.


Posted by BlackTsunami at 5:17 PM No comments: 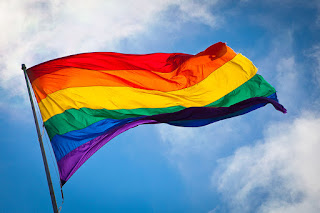 Pentagon, White House Discussing Transgender Ban - Trump may make his base happy should he follow through with this mess, but his base won't save his monstrosity of his political career. I promise you that.
One Million Moms Vs Disney Junior Channel - The fact that One Million Moms generally fail when it raises the alarm about shows and such would be more hilarious if we don't take into account that the group is always trying to shut down any visibility of same-sex families.

TeeTee Dangerfield Is 16th Known Trans Woman Killed In U.S. This Year - Why joking about murdering transgender women is NO joke.

Gay journalist who helped uncover Chechnya purge faces deportation - Come to America and gives us more details about what you know.
Family Research Council thinks lying about transgender troops is a Christian value - My post from yesterday. The Family Research Council lies about the LGBTQ community because very few raise a big fuss about it.
Posted by BlackTsunami at 9:06 AM No comments: