Pastor upset that Facebook shut down his homosexuality = pedophilia lie 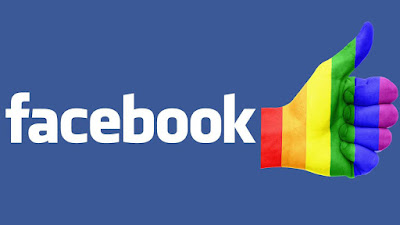 The American Family Association's phony news source, One News Now is taking up the cause of a West Virginia pastor who claims he was unfairly blocked on Facebook:

A West Virginia pastor is finding his ministry's Facebook page continually disabled by the social media giant and he wants to know why – and for one of the first times, Facebook has agreed to explain its action.

Facebook claims to have two billion users, meaning that at any given time roughly a third of all humanity is using the social media platform. Neil Potts, who is among the team that sets policy for Facebook, agreed to talk with OneNewsNow about Pastor Rich Penkoski's "Warriors for Christ" page, which has been taken down several times for what Facebook calls "hate speech."

"In this case," says Potts, "we felt that the attacks upon the people were actually doing more harm by silencing people within the larger Facebook community – and we removed the page."

In an earlier report, Penkoski told OneNewsNow that he "get[s] banned all the time .... If I post anything with the acronym LGBT in it, regardless of what it's about, it gets reported and I get banned for 30 days." He also said he personally knows what constitutes "hate speech" because he receives it constantly.


So what finally got Penkoski blocked? Allegedly the following:

Ben Carson Removes Anti-Discrimination Language From HUD Mission Statement - In the middle of attempting to bilk taxpayers of $31,000 to pay for office furniture and allegedly conducting a witch hunt against the person who told, HUD head Ben Carson makes a subtle and unnecessary strike against the LGBTQ community. NO ONE in my house plans to ever recognize this man during Black History Month ever again.

This converted London Bus is giving homeless LGBT people a place to sleep at night - This like this remind us that there is always good in the world.

Australia Reveals First Gay Marriage Ended In Heartbreak - No they did not break up. And the story illustrates how important marriage equality is to our community.

‘We’ve seen an incredible sea change’: Trans author Sarah McBride reflects on progress of equality - And if we want to KEEP that sea change, we can't sit on our asses thinking that the battle is over. It's just getting interesting.

Mississippi Senator Thad Cochran is retiring. Here’s why we won’t miss him. - We done outlasted another one, y'all.