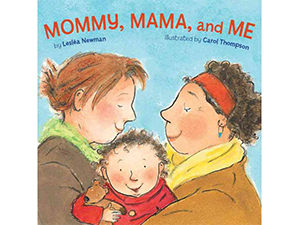 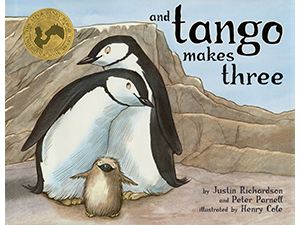 At pretty much the same time the Trump Administration is instituting some "religious liberty" garbage at Health and Human Services, an anti-LGBTQ right-wing group is raising hell at Scholastic Books for focusing on same-sex families and transgender children. A representative of this group, One Million Moms, called books about same-sex families and transgender children "morally toxic."

According to OneMillionMoms.com, Scholastic, Inc. is no longer safe for children. Monica Cole, director of the online activist group, explains that Scholastic books is "publishing and marketing books that are not safe for your children" and "promoting pro-homosexual and pro-transgender picture books for children."

In an Action Alert to its supporters, 1MM says the Scholastic website features "morally toxic" reading lists for children, such as:

"... We're concerned [that] Scholastic is pushing topics on children and introducing them to children as young as preschool age [that] should be left up to the parents to discuss," Cole states, "and [selling] books ... at book fairs at your child's school that you may or may not be aware of.

"It is shocking because we know the dangers and how harmful the lifestyle choices are and can be," she adds.

The pro-family group cites the American College of Pediatricians on the issue: "Conditioning children into believing that a lifetime of chemical and surgical impersonation of the opposite sex is normal and healthful is child abuse." OneMillionMoms is calling on Scholastic, Inc. to stop pushing this agenda.


So according to this group, it's morally toxic to even acknowledge same-sex families and transgender children, even though according to a 2013 study by the Williams Institute as the UCLA School of Law found that:

As many as six million American children and adults have an LGBT parent. Same-sex couple parents and their children are more likely to be racial and ethnic minorities. An estimated 39 percent of individuals in same-sex couples with children under age 18 at home are non-white, as are half of their children.