10 people who tried to 'cure' homosexuality

With bans on "ex-gay" therapy for minors becoming more prevalent, none of us should forget that the practice itself for adults as well as minors is a big bowl of crock. Thanks to the comedy site Cracked, we have reminders.

Cracked looked at 10 people who unsuccessfully attempt to "cure" homosexuality, giving them the derision they deserve. Folks like: 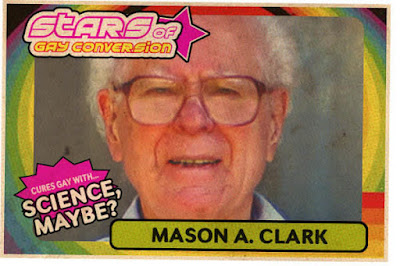 who wrote this monstrosity:

Cracked says this about Nation of Gay Babies:

Nation Of Gay Babies is a barely organized collection of thoughts and charts copied from library books that in no way uncovers any gay origins or cures. Mason opens the book by asserting that he's smarter than all physicians and assuring you, the reader, that you'll soon be better informed than "the experts." Then it's mostly seventh-grade biology lessons illustrated with aggressively random science clip art. In the middle of explaining what chromosomes are, he'll throw in an unlabeled carbon chain or a brain gland diagram. He illustrated his academic book the same way a three-year-old girl might decorate a cake, only gayer than I'm making it sound.


And then there's this guy: 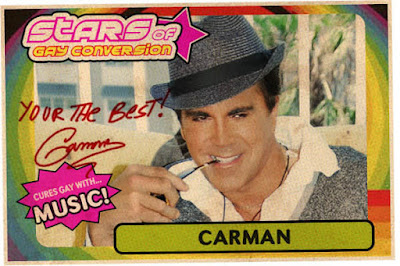 But you're going to have to check out the article to read about him, Clark, and the eight others. And believe me, it's worth the read.
Posted by BlackTsunami at 4:24 PM 2 comments: