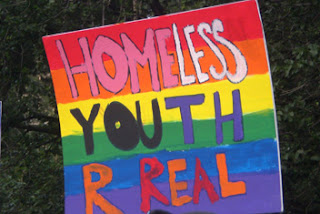 LGBT Teens: Shunned, Alone, And On The Streets - In the hoopla of lgbt presence at the Democratic National Convention, let's NOT forget our children. They need us on so many levels.


Pulse nightclub to become permanent memorial - As well it should. We will NEVER forget.

After the Orlando Shooting, the Changed Lives of Gay Latinos - Speaking of which . . .

Here Are Just Some Of The Badass Queer Women Competing In Rio - YAAAS! Go for the gold, ladies!
Posted by BlackTsunami at 9:13 AM No comments:

For me, it is a positive thing that there is a huge lgbt presence at the DNC convention and that fact itself isn't being exploited as a negative thing.

Jason Collins, the first publicly gay athlete to play in the NBA, and his brother Jarron addressed the convention Monday night. Here they talk with gay anchor from MSNBC, Thomas Roberts, about the DNC platform:


Posted by BlackTsunami at 4:59 AM No comments: