Randy Rainbow leads me to realize that some stereotypes about gay men aren't all that bad. Like for instance the absolute brutal way we can verbally put certain people in their place.

Certain people like Donald Trump in view of yet another scandal in his Administration, this one involving two aides who were recently dismissed after accusations of spousal abuse were lodged against them.
Posted by BlackTsunami at 3:45 PM 1 comment: 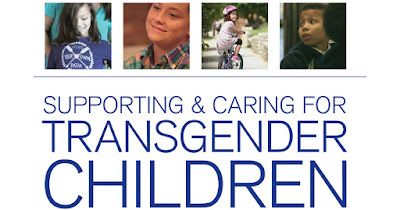 Parents want custody to stop transgender teen having hormone treatment - An Ohio court will rule on this case and I hope it rules for the grandparents who supports this child's gender identity. From  the witnesses and sources  - including the teen's court appointed guardian AND a hospital medical team - the hormone treatment is the best thing in this case.

Trans School Principal Goes Public - It's easy to forget the lives of transgender people when there is more of a focus on treating them as an invading horde. Stories like this are hated by the religious right.

Malaysian Newspaper Slammed For ‘How To Spot A Gay’ List - Hmmmmm.

NOM Claims It Played ‘A Significant Behind-The-Scenes Role’ In Bermuda’s Marriage Equality Repeal - Odious if not true. A bit scary if true.
Posted by BlackTsunami at 9:09 AM No comments: