According to The New Civil Rights Movement:

Fort Lauderdale, Florida’s City Commissioners Tuesday evening will honor Coral Ridge Presbyterian Church, Westminster Academy. Included in those proclamations is the church’s founder, Dr. D. James Kennedy, whose D. James Kennedy Ministries appears on the Southern Poverty Law Center’s list of anti-LGBTQ hate groups.  Fort Lauderdale’s mayor, who is also its first gay mayor, Dean Trantalis, will sign the proclamations making March 21, 2021 Coral Ridge Presbyterian Church Day and Westminster Academy Day, as South Florida Gay News reports.
. . . A search of the D. James Kennedy Ministries website shows hundreds of articles on homosexuality. Some of them include “Freedom from Homosexuality through the Gospel,” “Brazen Attacks on Marriage,” and “Sexual Anarchy Puts Religious Liberty at Risk.” Truth Wins Out, an LGBT equality non-profit, calls the proclamations “no different than honoring the KKK.” “It’s outrageous to honor Coral Ridge. It is no different than honoring the KKK. This church lied about LGBT people, produced hate propaganda and perpetuated the “ex-gay” hoax. They have NEVER apologized for ruining lives. Stop this madness!”

Now no doubt our opposition will pull the "religious liberty" card along with the "gays should show tolerance for religious opinions" card, thus attempting to lead us into an annoying back and forth which will serve to yet again elevate the false gay vs. religion narrative. But allow me to add something to the mix which I hope will blow away that narrative.
When it comes to the late James Kennedy and the Coral Ridge Ministries, we are not talking about entities who have "simple religious opposition" to homosexuality. Kennedy and his ministry targeted LGBTQ people without restraint or apology. They may have given the standard phony claim of having "compassion for homosexuals," but they were guided by pure animus and hate.
Naturally,  I have the receipts. So to speak.
Read more »
Posted by BlackTsunami at 4:02 PM 2 comments: 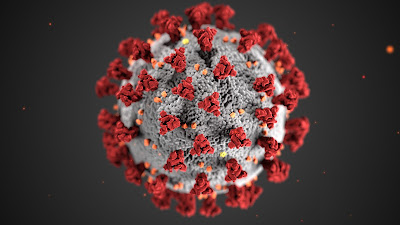 Winners and losers in LGBTQ sports one year into the pandemic - A little change of pace for this blog.
Trans Republican brutally smacked down by fellow conservative in panel discussion - I feel sorry for her. She learned a very hard lesson but I doubt that it will register.
School Districts in Two States Say Perfectly Appropriate Picture Book About a Transgender Boy Is Inappropriate - Meanwhile, all of those violent fairy tales you read as a child were unharmed.
I am not 50% gay and 50% straight. I am 100% bisexual - Really good commentary.