How's this for a kick in the teeth? According to the investigative journalism site ProPublica, anti-LGBTQ hate group the Family Research Council is now considered a church by the IRS:

The Family Research Council’s multimillion-dollar headquarters sit on G Street in Washington, D.C., just steps from the U.S. Capitol and the White House, a spot ideally situated for its work as a right-wing policy think tank and political pressure group.
From its perch at the heart of the nation’s capital, the FRC has pushed for legislation banning gender-affirming surgery; filed amicus briefs supporting the overturning of Roe v. Wade; and advocated for religious exemptions to civil rights laws. Its longtime head, a former state lawmaker and ordained minister named Tony Perkins, claims credit for pushing the Republican platform rightward over the past two decades.
What is the FRC? Its website sums up the answer to this question in 63 words: “A nonprofit research and educational organization dedicated to articulating and advancing a family-centered philosophy of public life. In addition to providing policy research and analysis for the legislative, executive, and judicial branches of the federal government, FRC seeks to inform the news media, the academic community, business leaders, and the general public about family issues that affect the nation from a biblical worldview.”
In the eyes of the Internal Revenue Service, though, it is also a church, with Perkins as its religious leader.
According to documents obtained via the Freedom of Information Act and given to ProPublica, the FRC filed an application to change its status to an “association of churches,” a designation commonly used by groups with member churches like the Southern Baptist Convention, in March 2020. The agency approved the change a few months later. The FRC is one of a growing list of activist groups to seek church status, a designation that comes with the ability for an organization to shield itself from financial scrutiny. Once the IRS blessed it as an association of churches, the FRC was no longer required to file a public tax return, known as a Form 990, revealing key staffer salaries, the names of board members and related organizations, large payments to independent contractors and grants the organization has made.

The article goes on to point out how FRC and other groups (such at the Liberty Counsel and the American Family Association) manipulate the IRS rules to have themselves declared as churches so that they can hide their financial matters while also actually politicking such as announcing the event below:

You will notice that in the graphic above, FRC is careful to say that it doesn't sponsor the appearance of any candidate for public office or support any candidate. However, no one is stupid as to how this tilts.
On its webpage sponsoring the event, FRC says:

Join Family Research Council and FRC Action for our second annual Pray Vote Stand Summit! We will equip and encourage believers as we discuss current cultural issues impacting faith, family, and freedom and evaluate these through the lens of a biblical worldview. We will cover important topics like protecting the unborn, the importance of the nuclear family, domestic and international religious liberty, and our education system as well as ways we can act and influence these for the benefit of our families, churches, communities and nation. As we do this, the PVS Summit will encourage believers to embrace the true source of our strength, the Lord Jesus Christ and His Word. Join us as we pray, vote, and stand in these challenging days!

ProPublica's article also points out that complaints were made to the IRS about what FRC was doing, but they have been ignored. Nor did the IRS make any agents available for ProPublica when the site submitted questions to them.
But one portion of the article resonated with me and should resonate with the rest of us as we now see the unashamedly open way FRC and groups like it are expanding their power in the name of Christian nationalism:

The Southern Poverty Law Center classifies the FRC, Liberty Counsel and the American Family Association as hate groups for their anti-LGBTQ stances and advocacy. But (the Political Research Associates researcher Fred) Clarkson . . . said focusing on that designation misses the larger sphere of the FRC’s political influence. In recent years, he said, the FRC’s rhetoric and actions have influenced politics away from democracy and in a direction that is “distinctly theocratic.”
“Abortion and LGBT issues are not the war,” he said. “They’re battles in the war.”

Posted by BlackTsunami at 5:09 PM No comments: 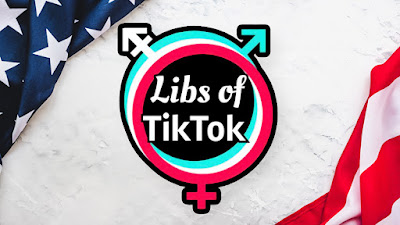 Canadian LGBTQ+ youth centre attacked by extremist Libs of Tik-Tok​ - Just a mess.
Trans woman sues Chick-fil-A after an employee sexually harassed & threatened to beat her up - I hope she wins.
U.N. Steps Up Efforts Against Anti-LGBTQ+ Violence and Discrimination - We will see.
Most Texas, Florida voters say transgender youth should have access to gender-affirming care - I'm sure the right will push some lies to blunt that response. '
Posted by BlackTsunami at 8:53 AM No comments: