While it's generally not my practice to mock anyone's prayer to God, I will make an exception when it comes to prayers from anti-lgbtq hate group the Family Research Council. The organization took it upon itself to ask God to the following:

Lord, Obergefell v. Hodges was an assault upon Your institution of marriage, the cornerstone of society. The effort to mainstream transgenderism is an assault on You as Creator and the heart of Your created order. Please help us to prevent the conferring of special rights and privileges for those who embrace aberrant sexual identities, and those who seek to re-engineer American society and law to require god-fearing Americans to submit to such moral subversion. Please stop parent's rights from being violated, the massive confusion of our youth and the effort to capture their souls. Intervene to waken us, our pastors, churches, families, neighbors, and friends to engage in this fight and win it! (Gen 1:27; 5:2;6:19; Dt 22:5; Josh 1:7; Neh 4:14; Dan 9:8; Mt 19:4; Rom 1:32; 1 Jn 3:8)


Now I could be upset at the above prayer, but I'm not. I will simply remind folks of the many times FRC has been caught and called out for using either junk science, cherry-picked information, or outright lies against the lgbtq community. With all of the Bible verses FRC cites, it's fascinating that the organization seems to have omitted the ones about not lying and not bearing false witness.

But I think it would be more apropo to point out another prayer FRC made before its anti-lgbtq soliloquy.  It speaks more to the organization's hypocrisy and preoccupation with social issues over basic kindness.

May God shepherd the Senate to improve and not damage the AHCA. May measures to prevent taxpayer funding of abortion and Planned Parenthood remain intact in the Senate version. Pray that reconciliation will produce an excellent bill that both Houses can pass. And may Americans look to God as their healer and not government. (Ex 15:26; 23:2; Dt 19:10; 2 Chr 16:12; Phil 1:10; 1 Tim 1:5; Jas 3:17)


You read right. FRC is praying to God that allows the Senate to pass that awful healthcare bill which is supposed to repeal Obamacare.  That's same bill which is extremely unpopular  because it would take healthcare away from millions of Americans, could increase premiums for older Americans, and generally plays havoc with defining what "pre-existing conditions" can be used to deny insurance coverage.

People are scared about this bill and have been letting their Congressional leaders know it in boisterously angry town hall meetings.

But to FRC, the only thing which seems to matter is that the AHCA defunds Planned Parenthood. And what about the people scared about what the AHCA could potentially do to their healthcare and thus their lives? One would think that in invoking God's attention, FRC would ask that He assuage their fears.

No such luck. Instead, FRC offers a flippant side comment about  Americans depending on God as their healer, as if God will float from Heaven Himself and lay hands on people whose healthcare would be taken away or premiums would go up.

Or even worse, it's as if FRC is asking God:

Dear God, please stop those nasty homosexuals and transgenders from getting married or getting any rights in general so they won't think that they are just as good as us heterosexuals. And about the AHCA, please let it pass so that Planned Parenthood can be totally defunded.

Oh wait a minute. Those people who are scared that the AHCA would take away their healthcare, takemuch needed money out of their pockets, or basically cost them lives . . well do whatever to them. They rely on government too much anyway.

For real this time amen.


So not only is the Family Research Council conveniently forgetting the Biblical verses which speak against lying and bearing false witness, the organization sounds like it is also abandoning the verses which speaks about kindness and compassion to others. 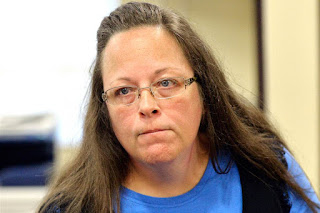 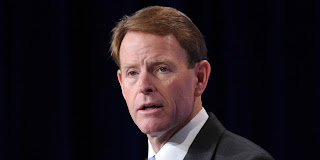 Target doubles down on Pride celebrations despite anti-LGBT boycott - props to Target for sticking to its guns. The religious right has been using the chain like a basketball.


Berkeley schools go beyond bathrooms to support gender non-conforming students - It's comforting to see schools not fall for the "bathroom predator' lie.

West Virginia Supreme Court Rules Anti-Gay Assaults Are Not Hate Crimes - Excuse me?
Posted by BlackTsunami at 9:18 AM No comments: