I missed the opening part of this dust-up, but not the best part. Last weekend, Jessica Prol Smith, a former employee of the Family Research Council and a present employee of another anti-LGBTQ hate group, the Alliance Defending Freedom, published a piece in the USA Today claiming that the Southern Poverty Law Center is "hate-based" and nearly got her killed.

She speaking of that 2012 awful incident in which Floyd Corkins, a deranged young man, attempted to start a mass shooting at FRC headquarters. Thanks to the providence of a security guard, tragedy was avoided. Unfortunately, FRC and its president, Tony Perkins, has since exploited this incident to lay the finger of blame on SPLC. Two years before the incident, SPLC designated FRC as a "hate group" because of the way it smears and denigrates the LGBTQ community via lies, junk science, and cherry-picked science.

Perkins, FRC, and other supporters of the group have attempted to connect SPLC with Corkins on numerous occasions, even though it has been proven that SPLC didn't encourage or persuade the young man in his vile attempt to create havoc.

Ms. Smith is the latest person to exploit the 2012 shooting and also recent troubles that SPLC has had to endure (and overcome). The big hoot of her column is  the closing statement:

If the SPLC thought that its hate would intimidate or silence me and my colleagues, they’re sadly mistaken. I’m lucky — blessed, really — that I didn’t take a bullet for my beliefs back in 2012. But the center’s ugly slander and the gunman’s misguided attack have sharpened my resolve and deepened my faith in my Savior, who commands my destiny and shields me from the schemes of man. The same is true for my colleagues.
Fifty-one years ago, Dr. Martin Luther King Jr. fell to an assassin’s bullet. The SPLC pretends to carry his legacy but weaponizes hate labels instead. Unlike SPLC's name-calling, Dr. King’s words and vision stand the test of time. “Injustice anywhere,” he warned, “is a threat to justice everywhere.”

The SPLC, as an institution, has thoroughly disqualified itself as an arbiter of justice. But this country would be a better place if the center’s donors, lawyers and friends would truly believe and apply Dr. King’s legacy — his peaceful pursuit of justice and his love of neighbor. 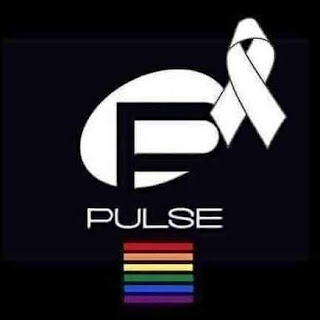 Christian conservative activists are planning an ex-gay march near the Pulse nightclub - This right here is some tacky shit. Be what you feel, but you don't have to disrespect the memories of those who were proud to be LGBTQ and their families.


A referee stopped a soccer match because of a homophobic chant - Good for him!

Trump Administration Asks Supreme Court to Permit Employment Discrimination Against Transgender Workers - In case you didn't hear, Trump is attacking our trans sisters and brothers again. This will not stand.

This Teenager Is Speaking Out Against President Trump's Proposed Repeal Of Transgender Protections - She's not the only one, either.

Ottawa Mayor Jim Watson comes out as gay - No matter what age, better than never.


Posted by BlackTsunami at 9:00 AM No comments: