I look at the Liberty Counsel's Matt Barber the way I view Linda Harvey from Mission America.

Don't get mad at their anti-gay speech. By all means, let them talk. They only serve to help us.

A perfect example of what I am talking about today is Barber on a radio show today labeling gay rights activists as "insatiable beasts."

It's truly hilarious to hear him and the host, Janet Mefferd, talk about how we are never satisfied, as if they control what we should and shouldn't get in terms of civil rights.

And that line he throws out about gays wanting to turn schools into "indoctrination  centers?" Classic ironic comedy.

The more I hear Barber's rants, the more I am glad with my decision to put him on the cover of my upcoming booklet, How They See Us:

Barber: That’s right. The homosexual activist lobby is an insatiable beast, as I’ve often said before. They do want everything that we’ve said that they wanted and that is not just affirmation of homosexuality but celebration of homosexuality under penalty of law, they absolutely want to turn our public schools into indoctrination centers and the narrative that people can and do leave homosexuality does not align with their political, cultural and legal goals so they are throwing children under the bus here—in order to try ends justifies the means agenda here.

Transcript from Right-Wing Watch
Posted by BlackTsunami at 3:06 PM 4 comments:

Family Research Council Dumps UPS For Not Humoring Boy Scouts’ Discrimination - Awwww, poor FRC. Another excuse for me to give UPS more of my business.

Desmond Tutu Pens Op-Ed for Ugandan Newspaper - Desmond Tutu has always been my hero in part because he stands up for the abused such as the lgbt community in Uganda.

O'Reilly: It's Not Bigotry To Oppose Marriage Equality - It's all about tactics, Bill, which of course the folks at Fox News are always careful never to talk about.

Photograph Of Little Boy Wearing Pink Shoes To Preschool Sparks Heated Blogosphere Debate - A little boy wears pink shoes to preschool and the blogsphere freaks out about it. Meanwhile, the child only wore the shoes because they reminded him of zebras, his favorite animal. I mean REALLLY people! It's preschool! These kids just want to play. Let them, pink shoes and all! 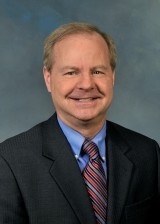 Leave it to and old stand by in demeaning the gay community, Robert Knight, to actually make the case against those upset at the recent same-sex wedding held at West Point.

Who knew that when Penelope Gnesin and Brenda Sue Fulton, a West Point graduate, recently exchanged vows in the Cadet Chapel that it would cause so much consternation amongst the religious right.

Various not very nice comments have been leveled at West Point and the couple. So while  Robert Knight's comment doesn't take the proverbial cake, they do reveal the weakness of the arguments behind those angry at this wedding:

"It's a disgrace that West Point allowed same-sex so-called 'marriage' in the chapel. That's a blasphemy against God. It goes against the Defense of Marriage Act, a federal law. It's a finger in the eye of God and the American people who still hold to biblical morality, and it was done deliberately. They did it there to make a point."


First of all, I don't think the wedding goes against the Defense of Marriage Act. Secondly, and most importantly, I fail to see how this wedding is an insult to those who supposedly hold to biblical morality seeing that they weren't forced to be there.

Knight's comments underscores a discussion which is sorely needed in this country. Not all Christians believe that homosexuality is a sin. In fact, some LGBTs are Christians. But for those Christians who feel that homosexuality is a sin, how far should the nation go to accommodate their belief, even when it comes to situations that do not directly involve them? Unfortunately, there are some Christians who believe that this country was founded solely for them and the rest of us who don't believe as they do are only here for their will and pleasure. And when challenged on this, they revert to the victimhood mentality, implying that if some of us -particularly lgbts - take full advantage of rights afforded to us, we are somehow targeting them.

This sense of entitlement needs to be nipped because this nation was not created as a homeland for Christians who believe as Knight does, but for all Americans.

Posted by BlackTsunami at 5:05 AM 5 comments: