Galvanized by SCOTUS decision which will probably sooner or later pave the way for marriage equality in South Carolina, lgbts and their allies in the Palmetto State held a rally at the State House then delivered a petition to Attorney General Alan Wilson. The petition, with over 5,000 names, calls for Wilson and SC Governor Nikki Haley to stop defending the state's marriage equality law, which the two have pledged to do:

Jeff Ayers, chairman of the S.C. Equality board, said Gov. Nikki Haley and Wilson’s decision to defend the ban is being influenced by the fact they are up for re-election. He added said the lesbian, gay, bisexual and transgender community will keep their actions in mind on Nov. 4.

. . . S.C. Equality supporters at the rally held signs that said: “Nikki + Alan give it up and move on.” And the statue of George Washington, on the north steps of the State House, was adorned with a rainbow flag. 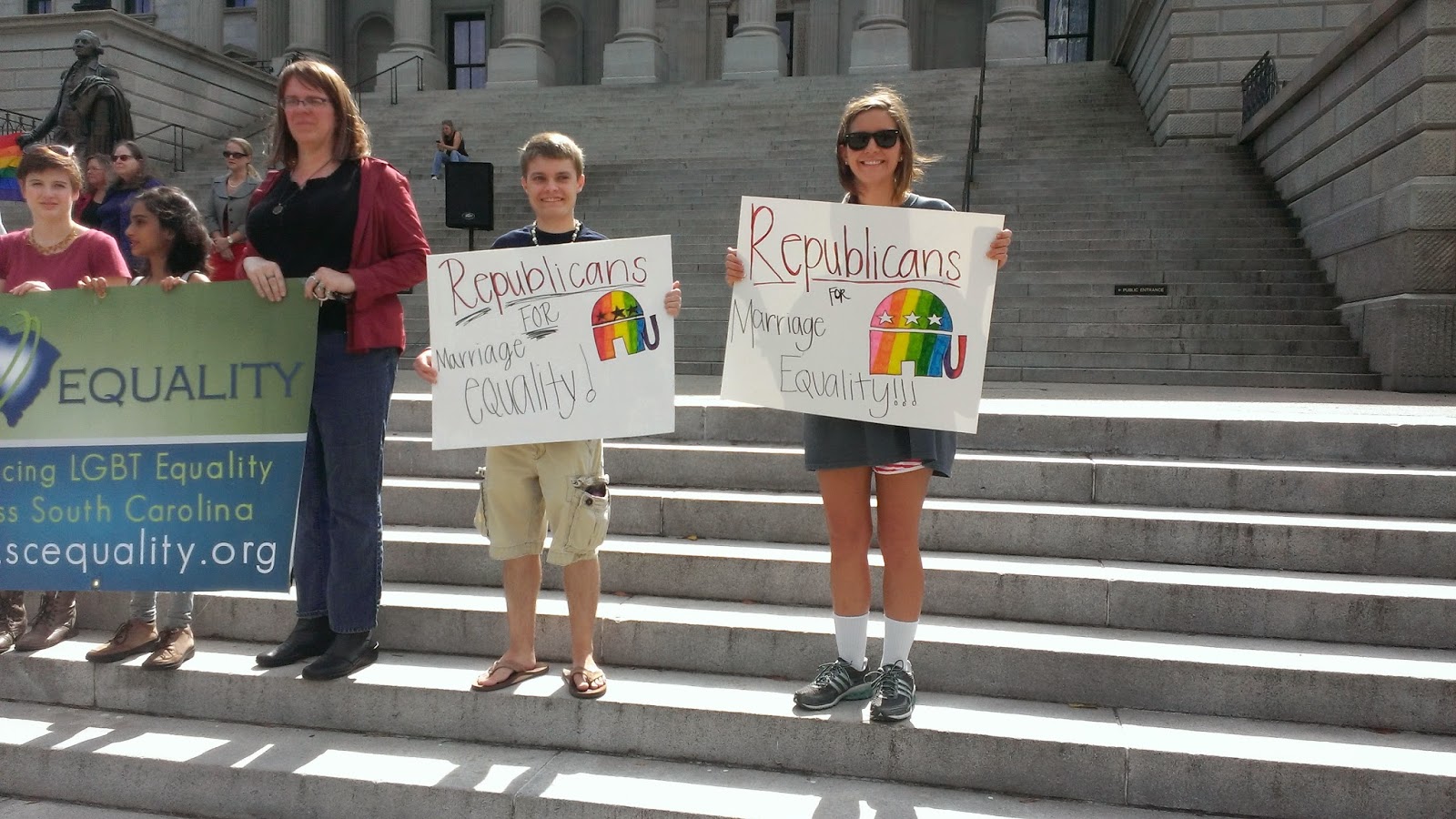 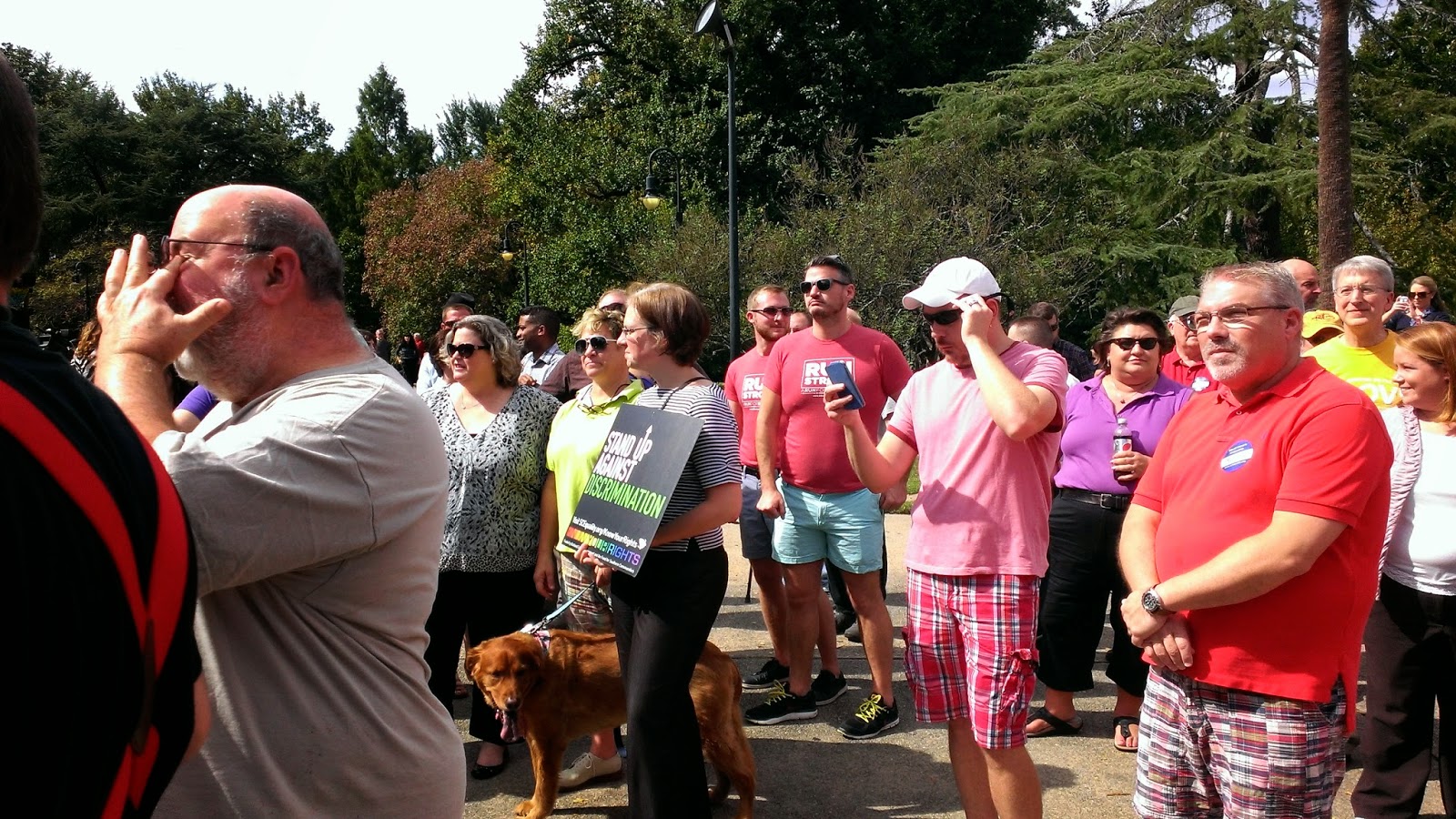 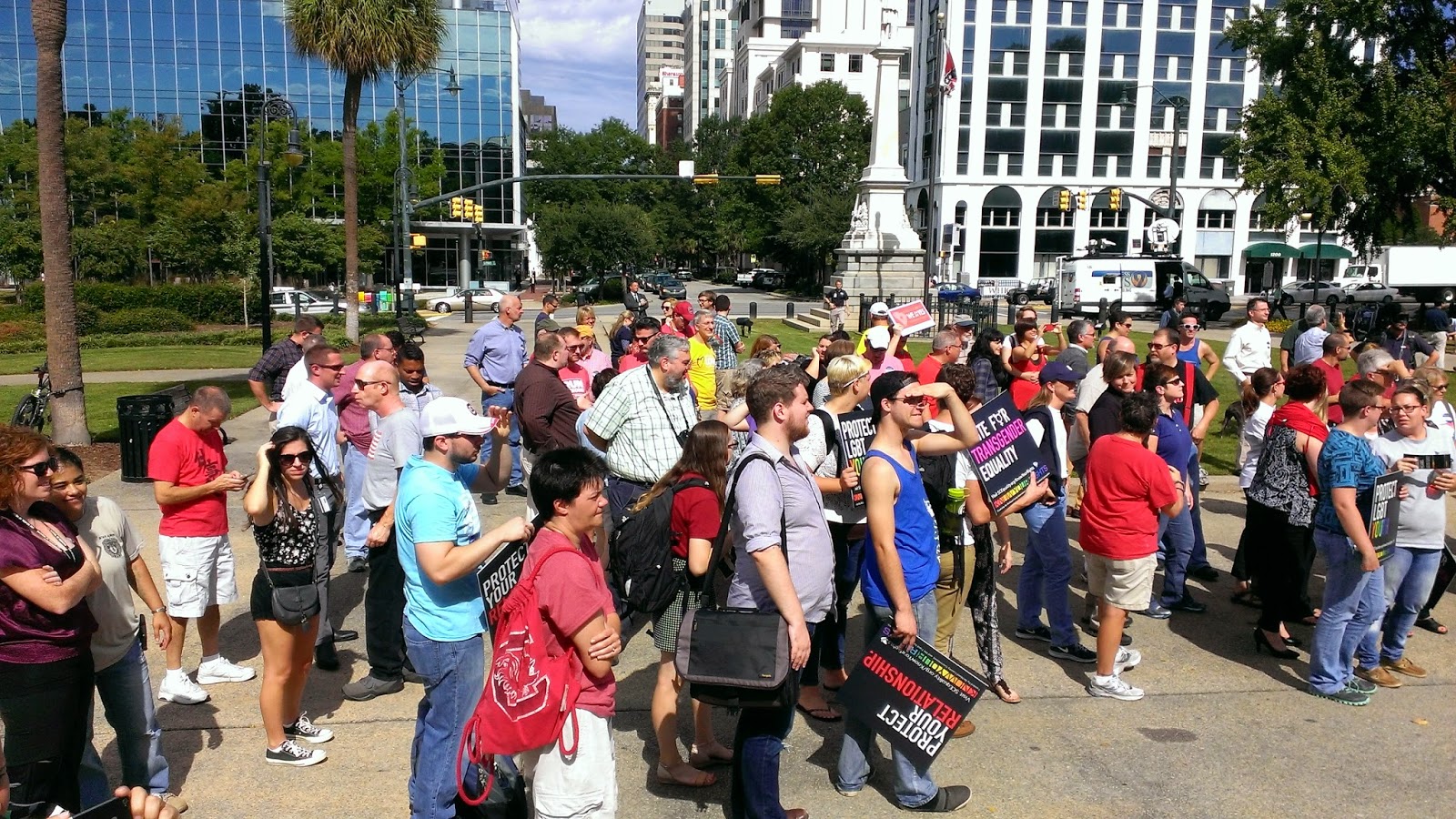 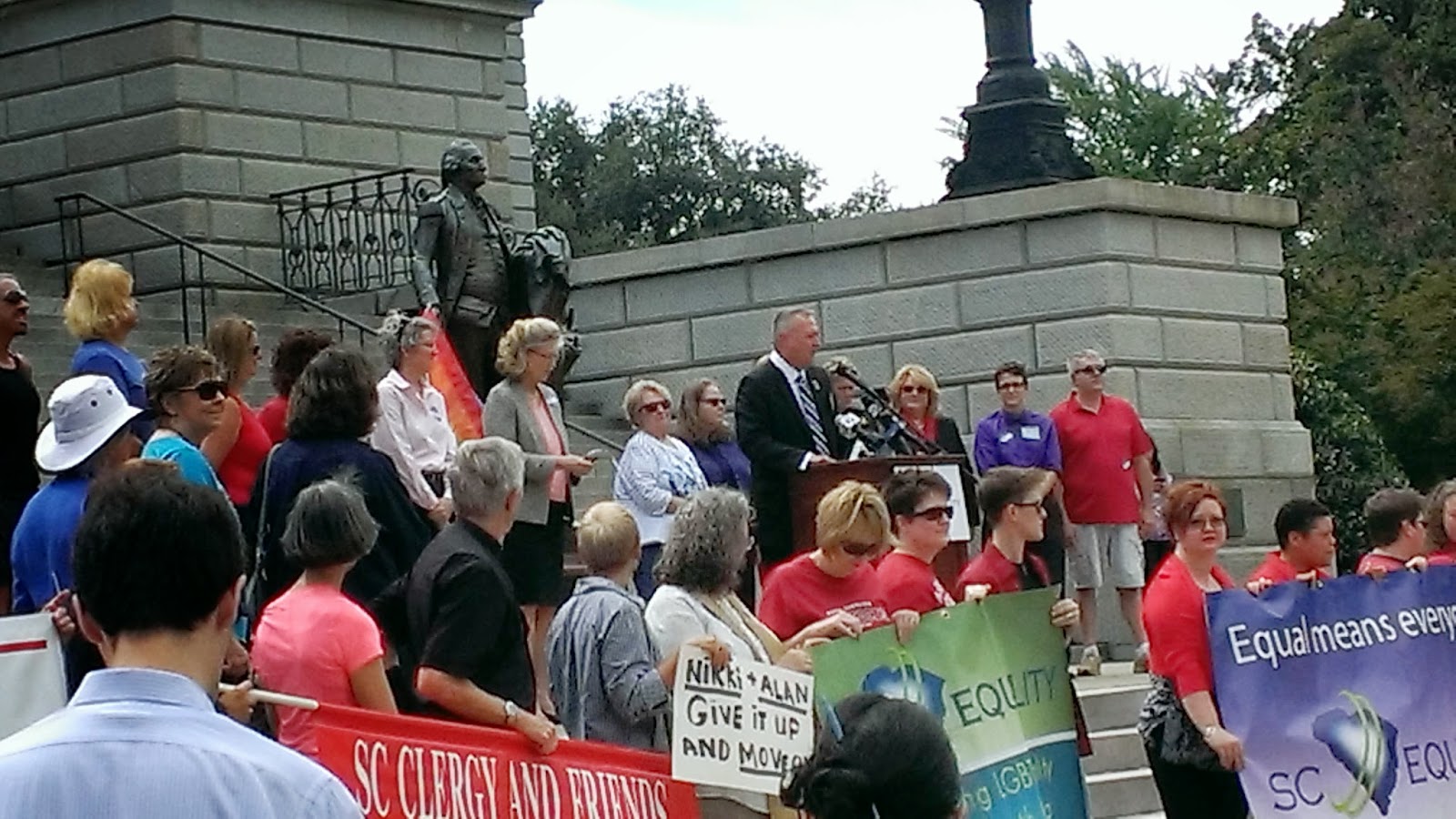 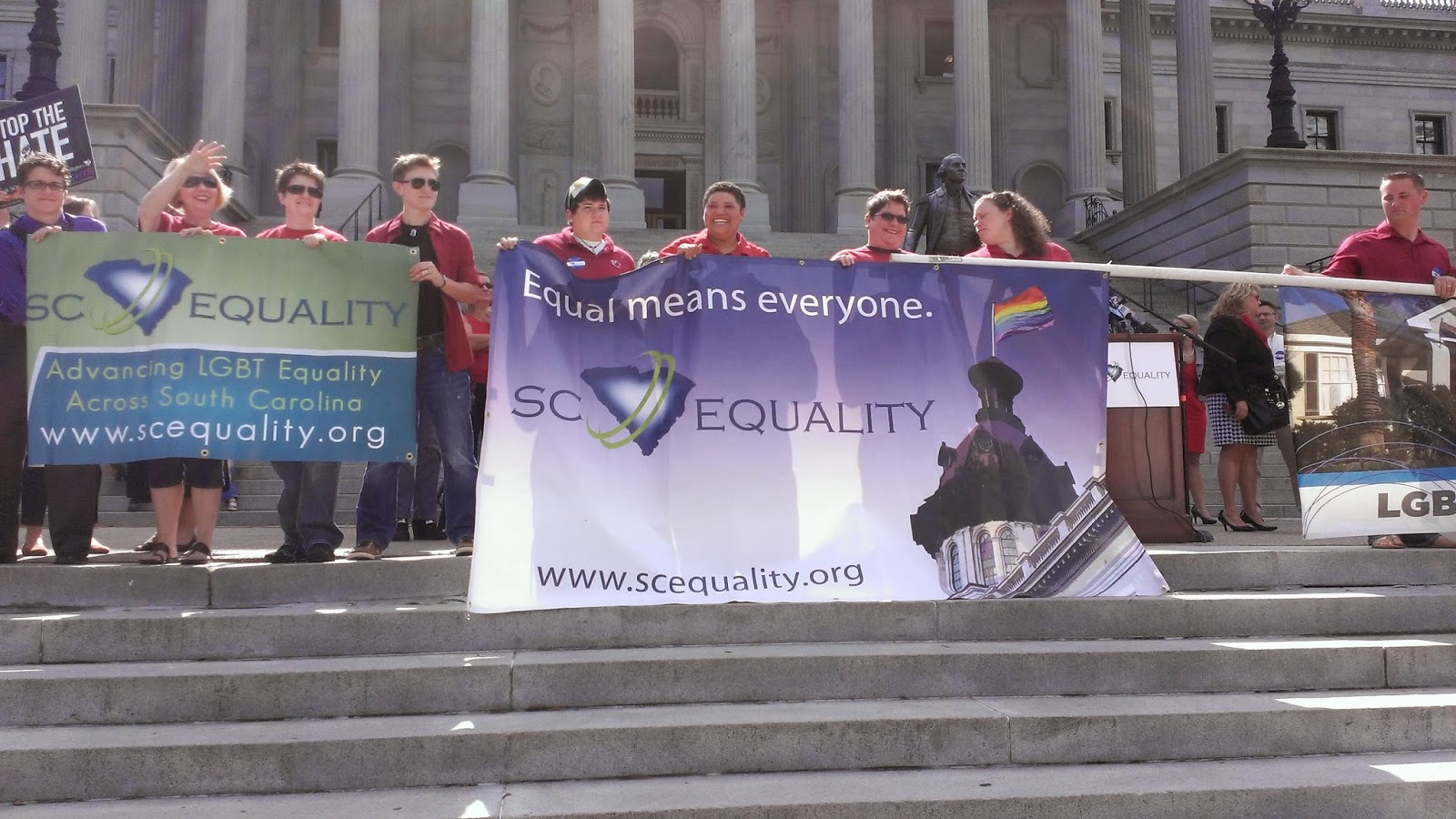 Posted by BlackTsunami at 3:11 PM No comments:

Editor's note - Due to the marriage equality rally at the South Carolina State House at noon today, there will be no midday news briefs post

Other than Reince Preibus, Republicans have, for the most part,  been intelligently silent on the  recent marriage equality victories enjoyed by the lgbt community. My guess is that they are attempting to play it cool. Some pundits and experts are claiming that they have a good shot to win the Senate in this upcoming election so they are probably not trying to create a controversy. Unfortunately, for "evangelical Republicans," such as Mike Huckabee, that's not a course of action they agree with. Yesterday, Huckabee had a full bodied tantrum, even invoking the standard right-wing threat of leaving the Republican Party when they can't get their way: